Wells Fargo Improves Brand Image, But Not With Advertising 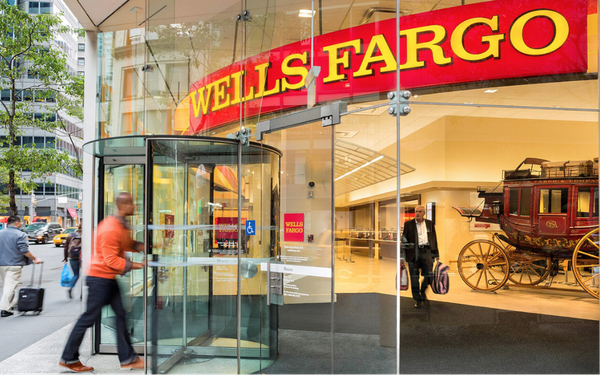 After a tough stretch, Wells Fargo engagement and loyalty has improved significantly, moving from 58% to a 73% approval rating, according to a national survey by New York-based brand research firm Brand Keys.

After an advertising campaign fell flat, what finally saved the brand was the resignation of a top executive, says Robert Passikoff, Brand Keys president.

Wells Fargo’s troubles stemmed from a scandal involving the bank’s aggressive cross-selling efforts, where bank employees created millions of new accounts without customers' consent. There was also mishandling of mortgages.

“Nobody believed the brand was sincere in its efforts to habilitate in any meaningful way,” Passikoff tells Markeiing Daily. “The ad campaign was a fiasco. It could have been named, ‘Even though we’ve betrayed your trust, you can really trust us now because we’re really sorry and have bought double-page spreads in newspapers and time on TV so you know we’re serious this time.’”

There’s a loyalty adage that says, ‘“Loyalty takes years to build, seconds, to break, and forever to repair.” So it’s not an easy fix for Wells Fargo, he says.

There are a few reasons why consumers have such strong reactions to  banking brands, Passikoff says.

“First, it is complex -- not the checking account stuff, but real banking and investments and mortgages and the like,” he says. “Second, it has to do with a consumer’s own money. People get very emotional about something that can have dramatic effects on their lives, and trust that they’ll get the best advice possible from the brand about managing their money.”

Finally, "expectations in the banking sector are high to begin with,” he says. “The brands with the highest loyalty levels -- like Chase -- come close to meeting customer expectations, but because expectations are so high, none of the brands exceed them, which is true in most categories.”

The most recent April/May 2019 Brand Keys assessments in the banking sector found Wells Fargo’s brand engagement and loyalty had improved significantly, to 73%.

“They finally found a way to move the highly leveragable loyalty value of trust and communicate the fact that that the brand took responsibility for its actions,” he says. “They put CEO and president Tim Sloan in front of a Congressional firing squad, and he very publicly relinquished his position.”

In the banking sector, accepting responsibility for a brand's mistakes makes a 20% contribution to customer engagement and loyalty. Customers weren’t looking for new promises or a new logo, they wanted real liability placed on the desk of those responsible.

Banks like Chase and Citi regularly have loyalty assessments in the high 80s and low 90s. Wells Fargo’s loyalty numbers were as low as they could go without actually being out of business from a loyalty perspective, so getting a bounce into the 70s is an improvement, but not a final fix for the problem, Passikoff says.

“Based on the current evaluations, consumers who have still stuck with the brand are in expect-the-worst-but-hope-for-the-best mode,” he says. “Time will tell.”