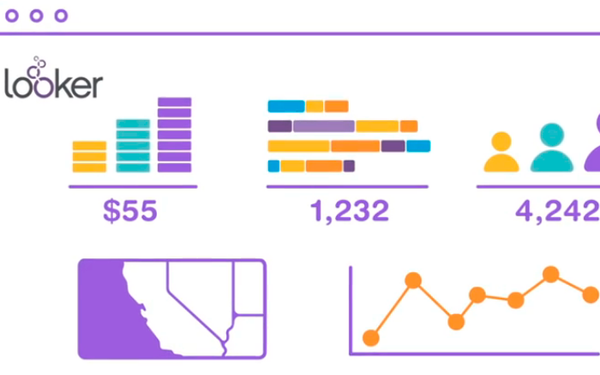 Google announced Thursday that it plans to acquire business intelligence platform Looker for $2.6 billion in a deal that will see the company’s technology integrate as a service into the Google Cloud platform. It also potentially will bring in new customers such as Amazon, Fox, Cisco, and Venmo.

The all-cash deal is expected to close later this year.

Looker extends Google’s business analytics offering through the ability to consistently define business metrics across data sources, and provides users with an analytics platform that delivers applications for business intelligence, Kurian wrote in a blog post.

The goal, for Google, is to expand the ways that marketers at brands use and analyze data. Many companies like Allstate, American Cancer Society, Burberry, Samsung, UPS, and WPP Group already use the Google Cloud BigQuery data warehouse.

Google Cloud will continue to support Looker’s multi-cloud strategy and will expand support for multiple analytics tools and data sources.

Amazon, a Google rival in advertising as well as cloud services, comes through Looker as part of the deal. In 2017, Looker launched a data optimization integration for Amazon Web Services, but Amazon also is a customer of Looker, according to Google.

The hope is that combining Looker’s business intelligence technology with Google’s cloud services will better support existing customers as well as potentially new ones who are moving on to the infrastructure.

The news comes a day after Microsoft and Oracle announced a partnership to link their cloud services so that companies, including brands and advertising agencies, can move their data between the two platforms.

The move will support applications such as E-Business Suite, PeopleSoft, Oracle Retail and Hyperion on Azure, as well as Oracle databases like RAC, and Exadata, among others.