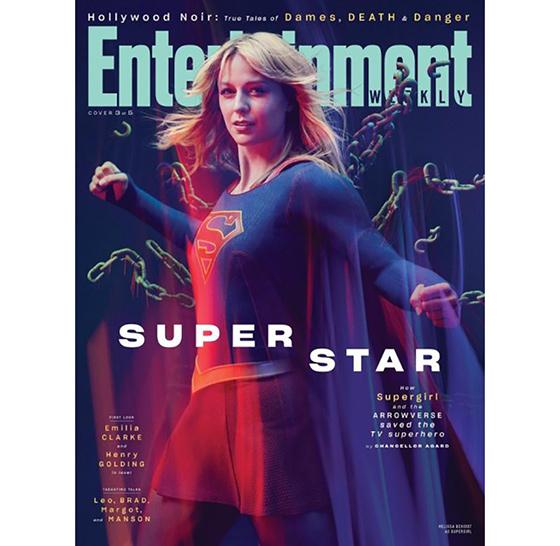 Starting with its August issue, Entertainment Weekly is set to become a monthly publication, with a debut timed to this year’s Comic Con.

With the transition in frequency, the brand will invest more deeply in EW.com, with more entertainment news appearing around the clock on its digital, social, video and experiential platforms. Weeklong and monthly digital packages are planned, as are digital-only feature reporting and in-depth guides about tentpole events.

The brand will produce its first digital-only covers in early July, featuring stars of a major movie franchise.

Podcasts, connected audio platforms and a refreshed video slate are also planned, in addition to exclusive screenings, panels, curated events and festival partnership. A collaboration with the Toronto International Film Festival is currently in the works.

Entertainment Weekly will emerge as a monthly title with a perfect binding. Special interest magazines related to significant entertainment industry events will continue to be produced.

Henry Goldblatt, who has led Entertainment Weekly for four years, will step down from his position as top editor. The new editor in chief is JD Heyman, promoted from his post as deputy editor of People.

As the new EIC, Heyman brings years of experience deepening coverage at People, where he built franchises like “25 Women Changing the World.” During Heyman’s tenure at People, the brand created partnerships with the Academy Awards, the Golden Globes, Emmys, and the Cannes and Toronto Film Festivals, while building its PeopleTV OTT network.

Heyman notes that with its now-monthly frequency, the print cover story “will be even more sought after by celebrities.”

Will Lee, senior vice president of digital at Meredith Entertainment Group, will continue to lead digital for People and Entertainment Weekly, and invest in the expansion of EW’s digital platform.