Email Across The Generations: Practical Tips To Get To (And Stay In) The Inbox 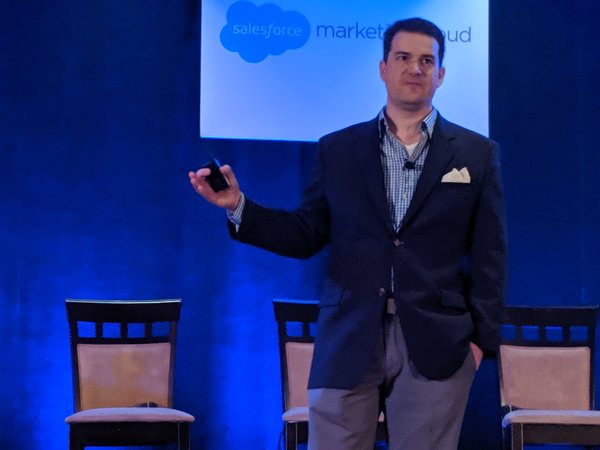 Doug Henderson, Email Strategy and Deliverability Manager at EAB, which serves the education industry, showed Email Insider Summit attendees the difference between them and the next generations when it comes to email strategy.

Comparing 2017 to 2019, he noted that, among teens and Millennials, the use of social media to learn more about a college has held steady while visits to campuses has dropped from 75% to 49%. These young people get information about college from family and friends, holding steady over two years at 70.5%.

Getting college info via paper mail? The audience guessed, not so much. Surprise! It has risen from 78% to 83%. Why? Henderson pointed to the new slang word for growing up -- adulting -- by which these kids see mail with their names on them and begin to identify as adults. "They expect to get mail from colleges," he said, "not tweets."

As their engagement increases, Henderson said, they are more willing to engage in the more personal, intimate channels.

He compared student email distribution from 2011 to 2019 and Gmail now dominates, squishing out its competitors along the way.

He advised email managers not to be afraid to list "unsubscribe" in the header. "It prevents email going to spam." Engagement, he said, is a numbers game. "If they are not going to be in the numerator, why have them in the denominator."