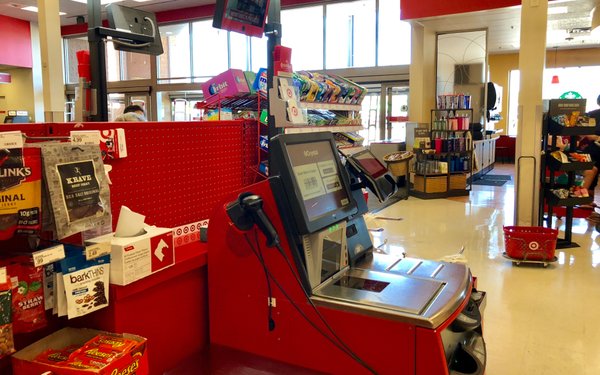 One of the challenges of connected technology is getting it to work all the time.

A technical failure in one component can affect other components, and so on down the line.

This is becoming an even more significant issue in an internetworked and interconnected world.

On Saturday, Target experienced what a glitch in the technical innerworkings of an organization can do, as registers nationwide crashed.

Target was the victim of a data breach back in 2013 and ended up having to pay more than $18 million in a multistate settlement, after more than 40 million of the retailer’s payment cards were affected.

The Saturday outage was attributed to an “internal technology issue” rather than a data breach.

“After an initial but thorough review, we can confirm that this was not a data breach or security-related issue, and no guest information was compromised at any time,” stated the Target announcement.

Technological failures of one sort or another have existed since technology existed. However, with the increased growth of connected things, a glitch can be magnified exponentially.

A system failure often leads to solutions to prevent future similar failures, which is part of technological evolution. The downside along the way is that thousands of people can be impacted, even if only temporarily.