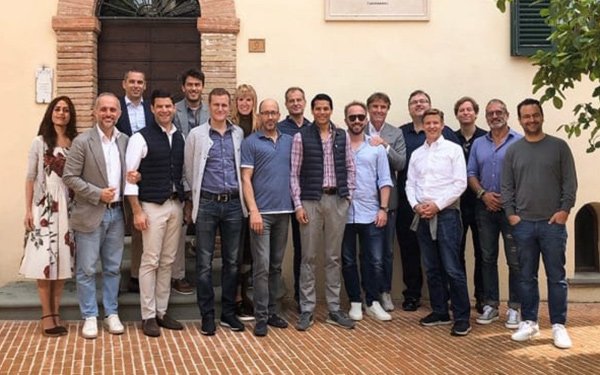 GQ magazine last week removed a photo from its website after a BuzzFeed report indicated two women appearing with 15 male tech executives had been digitally added.

The photo showed attendees of an executive trip to visit the village of Italian designer Brunello Cucinelli, who sells luxury knitwear, like $3,000 sweaters.

Among the attendees of the mostly male tech entrepreneurs were two women, Lynn Jurich, CEO of SunRun, and Ruzwana Bashir, CEO of Peek.

Their pictures were digitally added to a group shot of the tech executives, as eagle-eyed BuzzFeed News reporter Ryan Mac discovered after enlisting Twitter users to help him analyze the group photo.

Cucinnelli’s company owned up to doctoring the photo after realizing it didn’t have a complete group shot that included everybody.

“The photos were shared and approved with all the participants, including the two women,” a Cucinelli spokesperson told BuzzFeed. “We meant no harm or had any malicious intent in doing this, and we are sorry."

GQ wasn’t told the photo had been altered, and later removed it from the story for not meeting the magazine's “editorial standards.”

GQ was right to remove the photo as a matter of journalistic principle. While re-touching photos is common practice among publishers, outright manipulation of depicted events undermines credibility in age of deepfake videos.

A doctored photo of female tech executives is especially poignant, considering that Silicon Valley companies are notorious for under-representing women in their executive ranks. The situation is especially is galling for an industry that claims to be so forward-thinking and progressive.

Unfortunately, the geniuses who run Silicon Valley still haven’t figured out how to engineer an industry that’s free of rampant chauvinism.