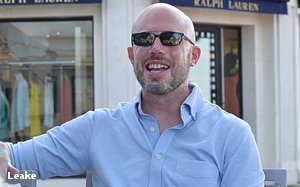 CANNES, FRANCE--Los Angeles agency RPA remains fiercely independent with no intention (for now) of selling to a larger parent like a major holding company or consulting firm.

That said, David Droga famously said he would never sell his shop ... until he did.

RPA's Chief Marketing Officer Tim Leake has experience on both sides of the agency world, including seven years at Publicis-owned Saatchi & Saatchi NY.

"We will remain independent because it is too important of a differentiation," he says during a one-on-one conversation at Cannes. "It is a competitive advantage for our clients."

While holding company-owned and other subsidiary agencies may have more resources, life free from corporate overlords is a breath of fresh air, he says. Clients receive more attention from senior-level executives who are free to concentrate solely on agency responsibilities, rather than spend their time on broader corporate matters, like quarterly earnings calls.

Also, proceeding with new innovations is much easier without working through levels of hierarchy encountered at holding companies, Leake says.

And Leake doesn’t buy the conventional wisdom that bigger is better.

"The job is hard enough as it is under one roof," he says, noting that mergers, such as Wunderman Thompson or VMLY&R, are likely to face unforeseen challenges. Too many mergers are designed to mesh into one capability, but merely throwing digital and creative together in a rushed marriage doesn't work, Leake asserts.

IPG's FCB and Draft experienced complications before finally emerging as FCB in 2014.

The ones that tend to work, like TBWA and Chiat/Day, provide entirely different skill sets, says Leake. TBWA was global, while Chiat/Day was focused on the U.S.

As to industry transformation issues, like the interplay between traditional and digital work versus pure play or direct response, Leake says: "We are still figuring it out."

Some see brand advertising as "fluffy" and superficial,” Leake observes. RPA struggles to receive press ,due to the media's preference for copy tackling "blood in the water change" over "success," he says. “We don't have a lot of turnover at the senior level, and we have longtime agency clients,” he states. “It is an uphill battle to receive coverage when you release a new iteration of a seven-year campaign, like RPA's work with Farmers Insurance.”