Nobody Talks About TV Anymore, There's Too Much Of It 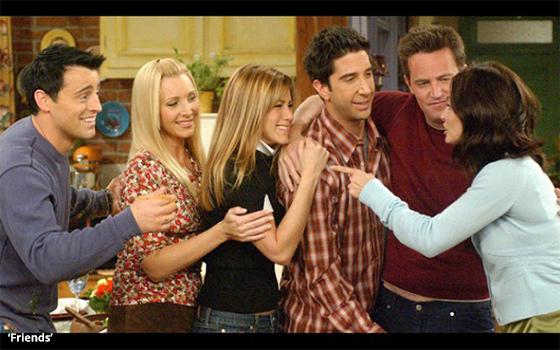 Years ago, roughly in the final decade of the late, great 20th century and a few years into the 21st, a journalist on the TV beat could fall back on two basic categories of criteria for selecting topics for stories or opinion columns.

One was the ratings, pure and simple. In the absence of any real news stories on a given day (which happened often), you could choose to contrive a story or column about a show that was demonstrably popular according to the ratings.

This seemed to make sense: If a show was highly rated -- ranking among, say, the top 10 prime-time network TV shows for the week -- then it would stand to reason that readers of a newspaper's TV section would gravitate to a story about it.

One editor I once worked for favored this approach. I remember one morning news meeting on a Wednesday -- in which the proposed contents of the Thursday paper were being discussed -- in which this editor basically pooh-poohed the TV-section news list I had just presented.

Gesturing airily with one hand, he said in his British accent (for he had been imported from the U.K. to be editor of the paper), "What about 'Friends'? That's what we should be writing about. Everybody watches 'Friends'!" And certainly, "Friends" was a Thursday night hit, so to him, this made perfect sense.

I have no memory of how on Earth we contrived a feature lead that day for the next day’s TV section about "Friends," but I am sure we came up with something, since that newsroom (and any other that I ever worked in) was not a democracy. We who toiled in the TV section did as we were told.

However, his assertion that readers would enjoy any old contrived story about “Friends” simply because they liked the show may or may not have been true. One school of thought, as expressed by another former editor, held that just because a show was popular -- i.e., it scored consistently well in the ratings -- did not necessarily mean people were then interested in reading about it.

Such shows were not “talkers,” this other editor said, applying a newsroom word that described subjects -- or, in this case, TV shows -- that people talked about, even if they did not watch these shows in quite the same numbers as higher-rated shows.

In other words, these kinds of shows -- the “talkers” -- hit people on various emotional levels. Even if they had not watched them, they had heard of them. They had become curious about them and interested in them. They may have even been appalled by them (or, at least, what they had heard about them) -- which made them even better as story subjects.

These “talker” stories could encompass a variety of shows. For example, such stories or commentaries could have been about a particularly ghastly scene of extreme violence on a show such as “The Sopranos” that people were talking about.

Or the subject could have been something outrageous that someone said or did on a late-night or afternoon talk show. Or it could have been about any number of off-the-wall reality shows that were prevalent primarily in the first half of the ’00s -- shows such as “Who Wants to Marry a Multimillionaire?” or “Man Vs. Beast” (in which humans ran footraces with camels and the like). Both of these shows were on Fox, coincidentally.

But what about today? Today I would offer that there are no “talkers” anymore. One reason is that sufficient audiences rarely (if ever) accumulate today for any single show that would render such a show eligible for “talker” status based on some controversial behavior or comment seen or heard on the show.

Today, just about anything goes on TV anyway, so there is little point in an opinion writer trying to gin up “outrage” over something someone said or did on TV. Besides, ordinary people take to social media every day to decry the things that people say or do on TV. Journalists can hardly keep abreast of it all.

What we have today is a vast tonnage of TV shows -- the greatest selection of video content in the history of TV.

But there are so many, and they come and go so quickly, that nothing seems to have lasting impact on a substantial number of people. The idea of a show “everybody” -- either literally or figuratively -- talks about seems to be a thing of the past.