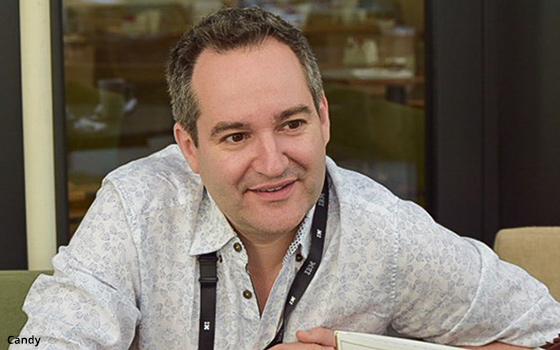 CANNES, FRANCE--IBM iX isn't an "agency," proclaims Global Leader Matt Candy. "We don't call ourselves one. It narrows people's minds where you fit and sit and point you down to the CMOs office."

His company prefers to define itself as a design organization because creative and design elevate the topic to a broader conversation. "We have the ability to transform businesses, not just develop great campaigns that last for four or six weeks." He adds.

"By Design" stands as the company's internal rallying call, framework and mindset. "We want to be the most sought after business designers in future-proof business enterprises," says Candy.

IBM's “Garage” method approach builds a multi-faceted team across IBM divisions, a la Publicis's Power of One or Havas' Together. It includes data scientists, strategists, and IT business executives to work cohesively. "Our way is to drive sustainability and to find a scalable way of working," he says.

Too many companies have "POC-itis," what he calls proof of concept hype whereby firms  introduce an impressive prototypes that can't be scaled. "They have great ideas that don't really roll out," says Candy.

IBM iX is often called in for cleanup work. Hertz sued Accenture in April for "seriously deficient" web design work and IBMiX was assigned to build an entirely new mobile platform in five months. "We delivered what others failed to do," he says.

For instance, if a restaurant chain wanted to promote a new sandwich, Candy would not only seek to launch with ads, but design a 360 view into everything from a new ordering platform and mobile app to tracking conversion rates. "It becomes a much bigger challenge than producing a campaign."

He gets animated when talking about the threaded business transformation possibilities. Cannes Lions parent Ascential, for example, worked with the company to deliver The Talks online platform in seven weeks that features over 200,000 campaigns as well as speaker sessions from 2018 and 2019.

“Although they are both slotted as consulting agencies, IBM iX and Accenture Interactive differ in their approach to adland.

Accenture is bolstering its growth into the creative field through acquisitions, most notably Droga5. IBM iX, on the other hand, prefers to build from within. "We built our creative design from the ground up," though the company has made three acquisitions to "deal with demand in certain markets."