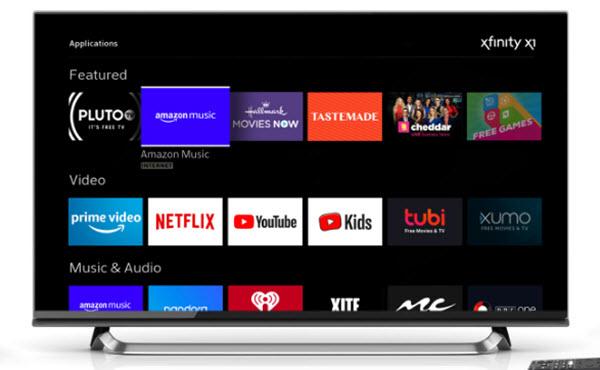 Comcast continues its quest to be the hub for all home media and entertainment.

Its latest move is adding Amazon Music to its Xfinity X1 and Xfinity Flex — marking the first time the on-demand music streaming service will be available directly on TV through a pay-TV provider, according to Comcast.

Xfinity X1 and Flex subscribers who are Amazon Prime members will be able to say “Amazon Music” into a voice remote to browse and listen to the music hub’s offerings.

The music streaming service, which will roll out in the next few weeks, will be delivered over the internet and accessible on X1 alongside the Xfinity platform’s live, on-demand and web content.

X1 already offers other music apps, including Pandora, iHeartRadio, YouTube and NPR One.

In addition to more than 10,000 movies and TV shows — delivered via apps from Cheddar, Pluto, Xumo, Tubi TV, ESPN3 and YouTube — Flex enables voice-controlled management of Wi-Fi settings, home automation services, security and other features through the interface.

Flex, which costs $5 per month, also acts as a hub for accessing other services. Pandora — along with Netflix, Amazon Prime Video, HBO Now and Showtime — was already baked into that platform.

The X1 platform is now used by most Xfinity customers.