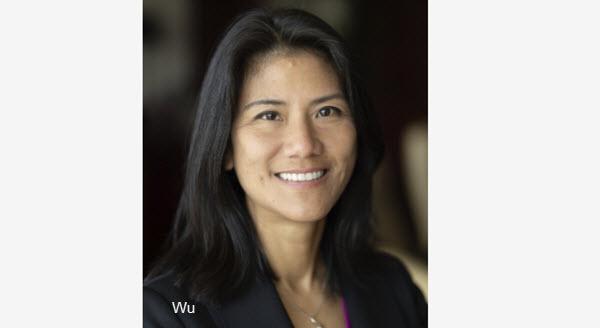 At this point, it’s hardly news that millennials and Gen Z’s generally favor fresh food and beverage products with simple, clean ingredients. Yes, there are exceptions, including penchants for sugary, retro cereals and beef jerky. But the general trend toward healthier food profiles is undeniable — and industry-shaking.

That’s why it’s also not surprising that every week seems to bring more announcements of legacy food and beverage CPG makers acquiring small companies — usually young or still in startup mode — with products that mesh with younger generations’ preferences and habits.

But Singapore-based Del Monte Pacific Limited (DMPL) is deliberately eschewing acquisitions, in favor of plowing investment into Del Monte Foods, Inc. (DMFI), the U.S.-based unit it acquired for $1.7 billion in 2014. DMFI’s brands include Contadina, College Inn and S&W, as well as Del Monte.

The past few years have seen a lot of change, all in the service of product differentiation, expanding distribution in key markets, and streamlining operations.

In September 2017 — the same month Longstreet came on board — the 132-year-old company launched a massive IT initiative: transitioning its systems, including 200 servers and its critical SAP ERP system, to Amazon Web Services’ cloud platform. With help from Accenture, the migration was accomplished in just four months. The multiple payoffs have included cutting IT costs by 35% and creating a platform for automation and analytics that support usable customer insights for product innovation and launches.

DMFI set out to leverage its fundamental advantage of being based on healthy foods — namely, fruits and vegetables — and overcome its biggest disadvantage: most of its products are canned. The canned format (in contrast to the revival in frozen foods) has been suffering sales declines for years now, along with most of the categories found in center store. In addition, thanks to the Trump administration’s tariffs on steel and aluminum imports, can costs shot up by 25% as of last March.

'Getting Out Of the Can' With New Products Push

In May, it unveiled another seven new product lines to debut in the coming months, including its first refrigerated and frozen offerings.

Contadina will introduce frozen Pizzettas. And in addition to launching a Culinary Stock sold in glass jars, College Inn will go beyond broths and stocks for the first time with a prepared meal solution (Simple Starter).

In fiscal 2018 (ended April 2018), 40% of project efforts related to new products — up from 13% in fiscal 2016. Del Monte Foods plans to double its non-canned product portfolio in the next two years, and Longstreet has said that non-canned products will eventually account for 40% of revenue.

With plant-based products of all kinds now hotter than ever, the company is also moving into ecommerce, warehouse clubs and convenience stores.

The just-released fiscal 2019 results for Del Monte Pacific Limited show the company swinging into profitability after five years in the red (net profit of $20.3 million, versus a $36.5 million loss in fiscal 2018). EBITDA was $143.7 million, up 40% versus previous year.

However, Del Monte’s flagship vegetables business and Contadina tomatoes saw dollar sales increases in the year, according to Wu.

The campaign, which stresses the simple goodness of Del Monte’s vegetable and fruit products and spotlights actual farmers, has also helped drive the brand’s U.S. consumer awareness to 98%.

“Over the past few years, we’ve dramatically increased our digital and influencer spends within the marketing mix, investing where consumers are with a targeted approach and custom message,” reports Wu. Analytics have helped Del Monte target consumers more efficiently and verify the effectiveness of the marketing approach.

“The Del Monte brand also resonates well with influencers who come from a health professional or nutrition background, because it’s a well-known healthy brand, and because our products are plant-based and better for you.

“We’ll use this approach in phase two of ‘Growers of Good’ [set to kick off this fall],” she continues. “Most of our support will go against our new products, because that’s where the news, excitement and future growth will be."

Wu also reveals that the company has increased its marketing spend against the Del Monte brand by 25% year over year.

Asked about the keys to successful innovation within a long-established CPG giant, Wu stresses the importance of “going deep on consumer research and validation,” balanced with the need for agility and speed.

“We’re able to leverage our history as one of the original plant-based food companies, our size and our structure to transform our business and expand our product portfolio,” she says. “We are thoughtfully developing new products and have spent the last two years making substantive shifts in this area to increase R&D.

“Combining innovation marketing, brand marketing, insights and R&D within [the marketing] organization facilitates this balance,” she adds. “As CMO, I now oversee both marketing and R&D, and that has really increased our speed-to-innovation.”

Del Monte Foods also takes “an iterative, lean innovation approach,” Wu says. “We’re constantly getting insights on what works and what needs to be optimized. And we’re big on engaging customers in our innovation process. Giving them an early look at our ideas informs better products that drive consumer preference, profit, and better customer relationships.”