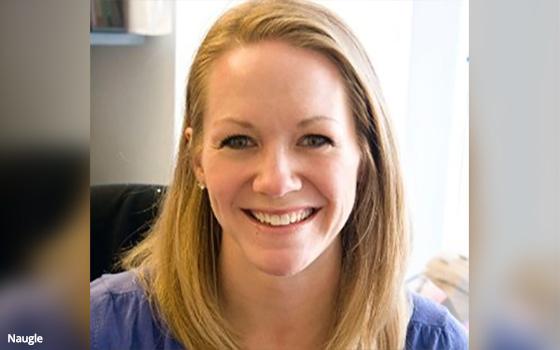 magazine hired Wendy Naugle, an 18-year veteran of Conde Nast’s Glamour magazine, as deputy editor. The appointment was made this month.

Naugle starts on July 9 and reports to Editor-in-Chief Dan Wakeford, who made the announcement in a memo sent to staff. Wakeford was promoted to the job in April, after Jess Cagle announced his retirement from the magazine.

People is the country’s most popular weekly magazine, with a rate base of 3.4 million for regular issues. Its website traffic hit a record 76.4 million visitors in May, according to Comscore. Owner Meredith claims it reaches half of all American women.

In addition to management responsibilities in the newsroom, Naugle will oversee feature stories and the upcoming launch of People Causes, which focuses on charitable giving. She also will be the key editorial connection to People’s business side.

Working for People is sort of a homecoming for Naugle, who landed her first internship at Meredith Corp. after graduating from Drake University in Des Moines, Iowa.

Meredith acquired People as part of its buyout of Time Inc. in 2017; it has big plans to expand the brand next year with a half-hour daily celebrity TV show to rival “Entertainment Tonight” and “TMZ.” Meredith also is building up People’s ecommerce efforts on People.com.

Wakeford also announced several promotions, including the appointment of Kate Coyne as editorial director for entertainment, overseeing coverage of music, TV and film. An 11-year veteran of People, including her most recent stint as executive editor, Coyne will continue to oversee buzzworthy features, such as the annual Beautiful issue and the Sexiest Man Alive.

She also will lead a new franchise of first-person essays by celebrities and other public figures. Coyne will report to Naugle.

Cindy Sanz was promoted from executive editor to editorial director of news and human-interest stories. She will continue to lead brand extensions, such as a spinoff magazine, People Health, and TV crime series called “People Magazine Investigates.” She will also report to Naugle.

Lizz Leonard was promoted to West Coast executive editor, where she will lead the California bureau and work with Coyne to manage relationships with Hollywood. She will report to Wakeford.