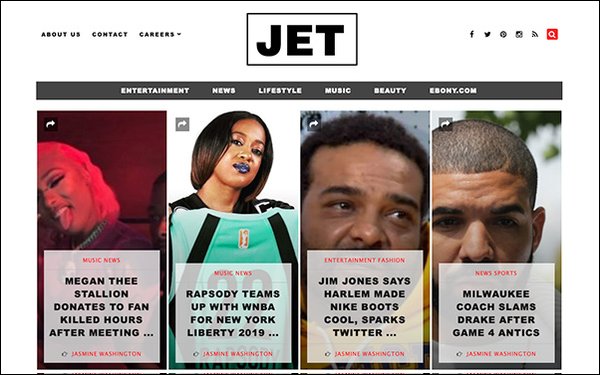 Two-storied African-American focused magazines have let go of their digital staff without pay, according to multiple sources.

A number of employees are waiting on back pay from May, with some reportedly owed thousands in payment.

The print edition of Ebony was shuttered soon after the acquisition. Jet had already closed its print operations prior to the buy, moving to digital in 2014.

Currently, both magazine sites remain up. The top Ebony story is dated June 20; the Jet stories are dated mid-to-late May.

Failure to pay has been an ongoing problem for Ebony.

In September 2017, The National Writers Union filed a lawsuit against Ebony in Cook County Circuit Court, the magazine’s former home in Chicago, on behalf of 38 freelancers. The plaintiffs joined together to demand belated payments totaling over $70,000.