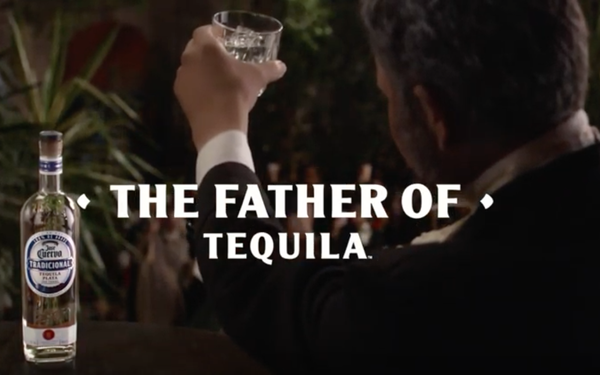 Jose Cuervo is launching a multi-year, multimillion-dollar campaign that focuses on the brand’s heritage.

The campaign, “Father of Tequila,” will showcase Jose Cuervo Tradicional, created in 1795, and will celebrate the company’s history of craftsmanship handed down through 10 generations of the Cuervo family.

The world’s best-selling tequila is also the original tequila that blazed the trail many other brands have followed. The company today still uses the original recipe and distillation process from José Antonio de Cuervo himself.

The brand is synonymous with tequila, says Lander Otegui, head of marketing at Jose Cuervo. The brand introduced tequila into the U.S. decades ago and popularized it with the margarita, he adds.

The agency was inspired by the age-old cocktail party question: If you could have a drink with any historical figure, who would it be?

“We thought of a party with the most prolific pioneers in art, music and science. Of course, Jose Cuervo would host it,” states Tom Adams, executive creative director, CPB. “Many spirit brands claim 'the first' or 'the original,' so it was our goal to not just remind people of Cuervo’s origin story, but make history resonate on an emotional level with tequila drinkers.”