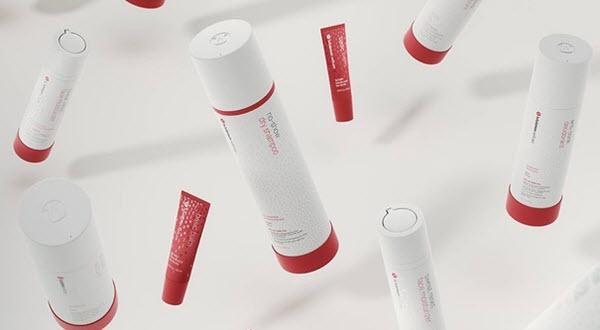 Lululemon, on one of the hottest streaks in the apparel business, is making good on its promise to flex its brand, introducing a line of self-care products designed just for athletes.

The Vancouver-based clothing company says the launch has been in the works for two years, as it tried to solve grooming problems in “the transition point from sweat to life.” So far, the dual-gender line includes dry shampoo, deodorant, face moisturizer and a lip balm, sold in both full and gym sizes.

Packaging is engineered to prevent gym-bag spills. In keeping with the brand’s commitment to sustainability, it's free of aluminum, parabens or sulfates, with no animal testing.

The products are available online, in 50 of its stores and at studio partners throughout North America, as well as at Sephora, where it’s being marketed with that retailer’s coveted “Clean at Sephora” seal.

The announcement comes almost a year after Calvin McDonald, a Sephora alumni, started as Lululemon’s CEO, with the company delivering an impressive financial performance. It’s also vowed to expand well beyond its yoga and athletic roots, with an ambitious five-year growth plan. That includes an increased focus on wellness, a loyalty program, men’s apparel and digital and international sales.

“Lululemon continues to outperform its peers,” writes Kimberly Greenberger, an analyst who follows the company for Morgan Stanley. In her most recent report, she noted it was the only soft lines company it covers to generate pre-tax profits in the first quarter.  Lululemon is using its strength to “invest in strategic priorities, such as digital, loyalty and self-care,” she says.

But it’s seen some setbacks, as well.

While it has pledged to see annual increases of 20% in its men’s business, Lulu has quietly shut down its men’s only stores in New York and Toronto. The retailer told Bloomberg its guests like Lululemon better “as a dual-gender brand… We continually test and learn at Lululemon — which is what we did with the men’s stores.”