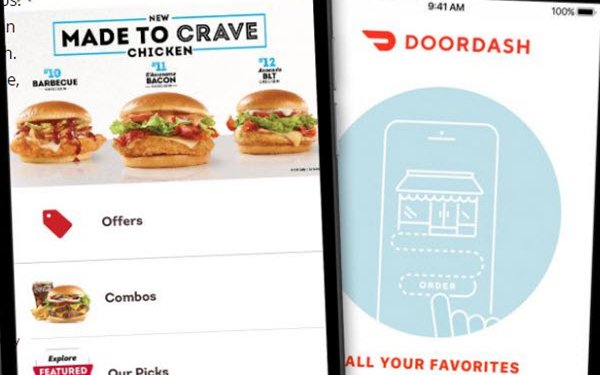 Digital restaurant orders have grown by 23% over the last four years, reports The NPD Group, which predicts the same kind of increase at least through 2020, according to a new report.

The data analytics company notes that 60% of the orders arrive via mobile apps, as people take “eating on the go” to the next level -- ordering on the go, too. That is one of the major reasons people use the ordering app, NPD Group says.

Earning app rewards or getting discounts are also inducements. (More than half of those who have apps participate in restaurant loyalty programs.)

But mainly, online orders are up because of the convenience of it.

Pleasing customers who order online, via texts or apps, is increasingly important. Restaurant business is flat, according to NPD.

As baby boomers age, they are eating meals out less often. Millennials pick up the slack, but even they are not dining out as much as previous generations.

“Digital ordering overall, and apps, have provided a path to market to consumers on a one-to-one basis and offer them a restaurant experience customized to their needs,” David Portalatin, NPD food industry advisor and author of Eating Patterns in America, in a statement.

That may be an important factor. The NPD report finds that 70% of the orders -- either via the Internet or apps -- come from the restaurant brand site, not a third-party app or service, so a positive online experience reflects back to the establishment itself.

Still, orders that come via those third-party apps like Seamless, Uber Eats or GrubHub are major engines for restaurant dollars.

There is a problem with that, too. Fees that those third-party apps charge restaurants are eating the profits -- particularly the smaller ones.

What is important to online customers? Well, heat for one. In the NPD survey, 52% of consumers said they would not use a service again if their order “arrived at the wrong temperature.”