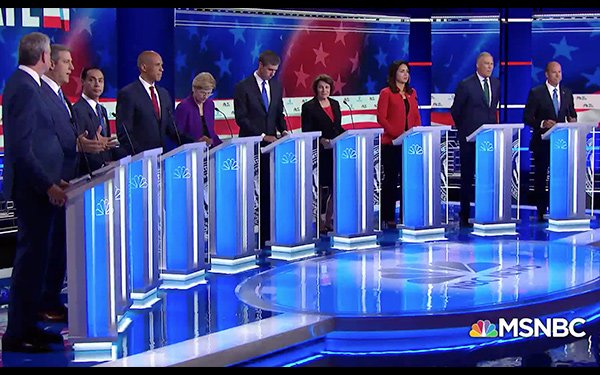 In addition, there were more than 9 million live-stream viewers on all platforms -- including NBCNews.com, MSNBC.com, Telemundo.com, NBC News NOW on OTT devices, Facebook, Twitter and YouTube.

NBCU reports a total of 14 million video views across those sites.

Users spent an average of 40 minutes watching the debate on network video platforms, according to Adobe Analytics.

Nine Democratic presidential TV debates between 2015 and 2016 averaged 8 million viewers -- with CNN grabbing the best results for the first one in October 2015 at 15.8 million.