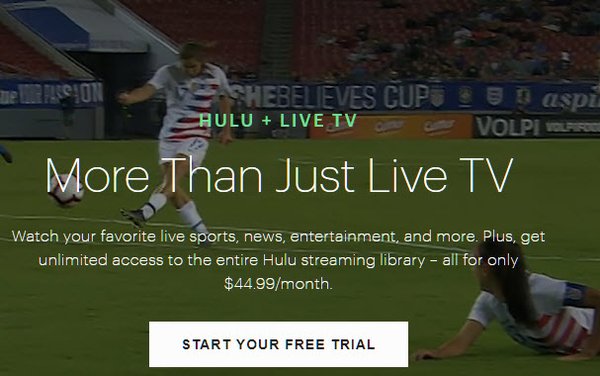 Hulu + Live TV's crash for more than an hour during the first Democratic presidential debate on Wednesday night dealt another blow to consumers' perceptions of the reliability of pay-for live streaming services.

"Customers voiced their frustrations on Twitter as they tried tuning into the debate, which was hosted by NBC News and aired live on NBC and MSNBC," reports The Verge. "Viewers were met with 'playback failure' and 'error playing this video' messages on both mobile and TV devices. The scope of complaints makes it pretty clear that this outage was nationwide, and it came at a bad time.

"Live event failures like this are always a terrible look for live TV streaming services. Companies like Hulu, YouTube, Sling TV, AT&T, and Sony are trying to convince consumers to pay for their subscription TV apps instead of going with cable..."

During the crash, some Hulu Live users streaming through Roku reportedly saw the same two ads over and over again. U.S. viewers accessing it through the internet were redirected to Telemundo, which was showing the debate with an audio Spanish translation, according to The Verge, which based its story in part on updates posted by Consumer Press.

After hours of no comment from Hulu, Hulu Support on Thursday tweeted out a fix and "suggested 'power-cycling' devices, modems and routers" -- meaning turning them off or unplugging them, and restarting them, according to Business Insider.

Some viewers threatened on social to switch from Hulu + Live to YouTube TV -- which, after a $10 price hike in April, now costs $50 per month.

But YouTube actually streamed both debates for free...sans glitches.

NBCU reported a total of 9 million live-stream viewers on NBCNews.com, MSNBC.com, Telemundo.com and NBC News NOW on OTT devices, Facebook, Twitter and YouTube, plus 14 million video views on those sites.