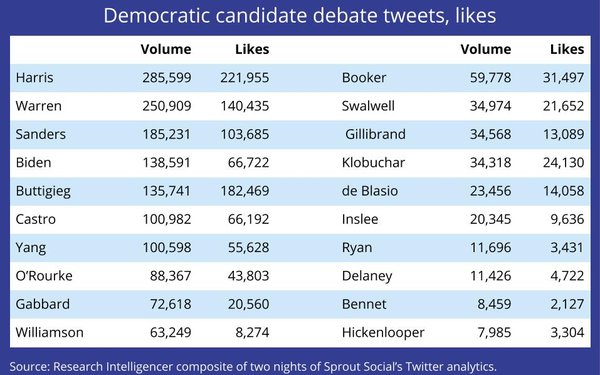 An analysis of Twitter data conducted by Sprout Social on each of the two nights of the first round of Democratic presidential candidate debates indicates that Kamala Harris won the social debate by every meaningful metric -- number of tweets, likes and shares -- but Elizabeth Warren came in a close second.

While frontrunners Joe Biden and Bernie Sanders ranked No. 3 and No. 4 in tweet volume, respectively, Mayor Pete Buttigieg ranked second behind Harris in terms of likes.

Julian Castro and Andrew Yang drew strong volume, too, but the pack drops off precipitously after that.

Here are the detailed analytics for the first and second nights of the debate.

A Research Intelligencer analysis indexing the "likeability" of each candidate's debate performance -- based on dividing the number of likes by the number of tweets for each -- shows Buttigieg was the most likable by a wide margin, nearly twice that of the next most likable candidate, Harris.

In fact, Buttigieg was the only candidate to generate more likes than tweets. 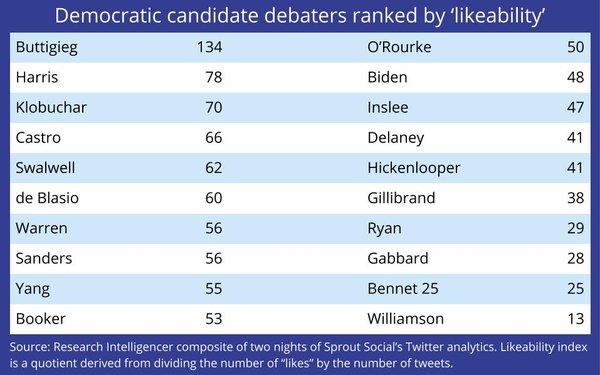