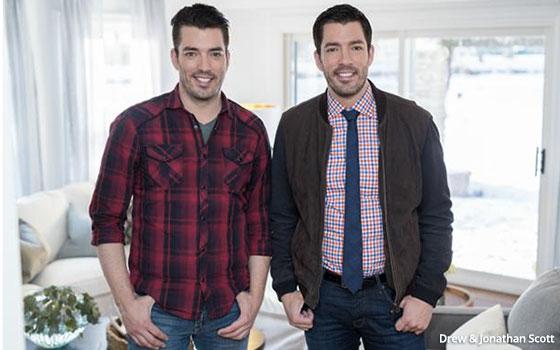 Although the Property Brothers, Drew and Jonathan Scott, produce dozens of shows each year, including "Brother Vs Brother," "Property Brothers At Home" and "Nate and Jeremiah By Design," the twins weren't content.

"We already help people buy homes or renovate their older ones, but fans would tell us they loved their homes and didn't want to move," he says.

As a result, his production company, Scott Brothers Entertainment, developed "Property Brothers Forever Home" to reach these "people in the middle."

The concept mimics their other shows by following a complete renovation designed to transform a house into a "dream home."

“Property Brothers: Forever Home” scored HGTV's highest-rated series premiere since March 2017, with a 0.84 rating among adults 25-54 and 3.7 million total viewers, according to Nielsen. These numbers were 56% better than the previous six-week average during the show's Wednesday 9 p.m.-10 p.m. time slot. (These numbers track three days’ worth of delayed viewing.)

The show ranked as the strongest original show launched on HGTV in two-and-a-half years when it debuted a few weeks ago. HGTV has ordered 40 episodes of the new series.