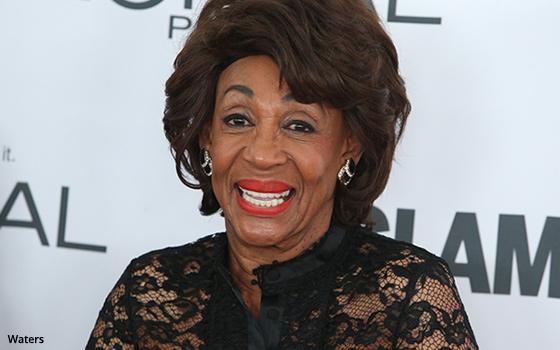 Threatening what could be a major growth engine for Facebook, Congress is formally requesting that the company suspend development of its proposed cryptocurrency and digital wallet.

Leading the charge is Rep. Maxine Waters (D-CA), chairwoman of the House Financial Services Committee, who threatened to challenge Facebook’s blockchain strategy shortly after it was announced last month.

In a new letter to Facebook executives, Waters and fellow House members suggest that the company’s latest effort “raises serious privacy, trading, national security, and monetary policy concerns for not only Facebook’s over 2 billion users, but also for investors, consumers and the broader global economy.”

Waters and her colleagues are requesting Facebook and its partners immediately agree to a moratorium on any movement forward on its proposed cryptocurrency, Libra, and its proposed digital wallet, Calibra.

“It appears these products may lend themselves to an entirely new global financial system that is based out of Switzerland and intended to rival U.S. monetary policy and the dollar,” they warn.

“While Facebook has published a ‘white paper’ on these projects, the scant information provided about the intent, roles, potential use, and security of Libra and Calibra exposes the massive scale of the risks and the lack of clear regulatory protections,” they added.

Exceptions to this rule will include cases in which Calibra needs to use Facebook data to comply with the law, secure customers’ accounts, mitigate risk and prevent criminal activity, according to Facebook.

Facebook is also promising that Calibra customers’ account information and financial data will not be used to improve ad targeting across Facebook’s family of products.

In addition to this latest challenge from House members, the Senate Banking Committee will hold a hearing on July 16 to review Facebook’s blockchain strategy. Facebook has not yet said who it plans to send to Washington for the hearing, but one obvious choice is David Marcus, head of the company’s blockchain business.