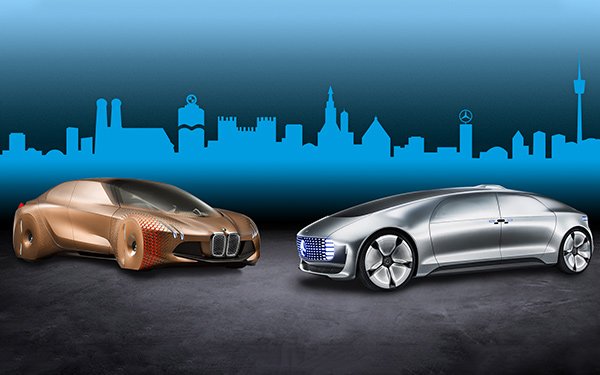 The BMW Group and Daimler AG are teaming to jointly develop self-driving technologies.

The non-exclusive arrangement is for developing what is known as Level 4 autonomy, which means the driving is automated in most cases, but a driver can still take control of the vehicle.

The partnership includes adding 1,200 specialists to work together on mixed teams, which will be based at the BMW Group Autonomous Driving Campus near Munich, the Mercedes-Benz Technology Center in Sindelfingen and the Daimler Testing and Technology Center in Immendingen.

The teams are intended to work on “developing a scalable architecture for driver assistance systems, including sensors, as well as a joint data center for data storage, administration and processing and the development of functions and software,” states the joint announcement.

The development of self-driving technology has been challenging, so companies are teaming together to pool resources.

“A key aim of the cooperation is the swift market launch of the technology, which is expected to feature in passenger car systems for private customers from 2024,” state BMW and Daimler.

The two companies are expected to implement the technology developed in their respective products independently.

BMW and Daimler have both been working on autonomous technology for several years. Now the self-driving car race has a new team.