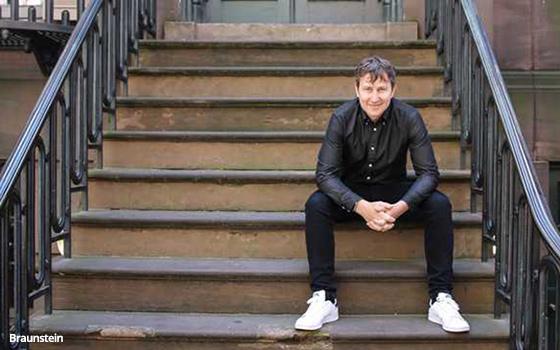 The hire serves as a reunion of sorts as ex-competitors (or peers) in the experiential industry are now joining forces to combine their respective talents.

"I have never had a mentor, and this is something I have been searching for," says Braunstein.

Braunstein left his agency in spring 2019 citing a "much needed breather," he says. "I had founded Fake Love almost a decade ago, and it was a marathon since day one. Honestly, I was feeling a little lost and emotional, amid an industry that was expanding at a rapid rate across all areas of design.”

In 2016, the agency was acquired by The New York Times Company, where Braunstein then helped lead the company’s expansion into immersive storytelling through the use of experiential and augmented reality/virtual reality campaigns.

"There was only a handful of people I felt who could relate to what I was going through as a creative, and could understand my thoughts for the future for experience design," he says. "Edwin Schlossberg was No. 1 on that list."

In his new role at ESI, Braunstein will work with the studio’s other creative leaders to set the conceptual vision and tone of company’s projects, as well as guide the New York-based agency's multidisciplinary design teams.

This will range from business development to strategy through production and beyond and ensure our work is "future-forward and culturally transformative," he explains.

Although ESI Design and Fake Love are competitors in a similar area of experience design, Braunstein says he knew "ESI Design was a place I could plant my roots to grow," he says.

"And I think that is how life works," he adds. "Things happen, and you end up right where you are meant to be, without even realizing you were on a journey at all."