When A President Hatches A Third-Party's Campaign Ad On Twitter 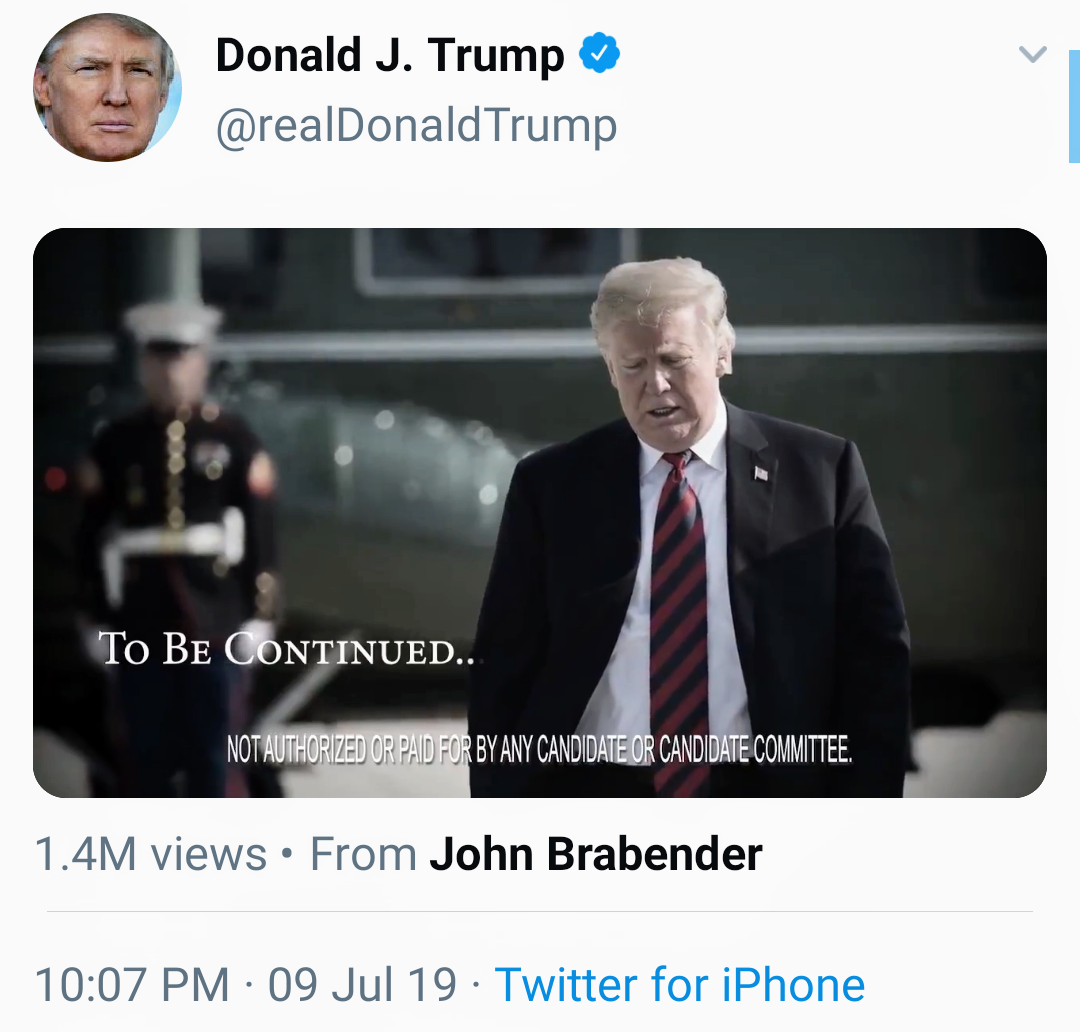 A month after an independent federal agency called on the President to fire White House counselor Kellyanne Conway for violating a federal law -- the Hatch Act of 1939 -- prohibiting federal employees from using their office to in campaign politics, the President this morning used his @realDonaldTrump account on Twitter to distribute a campaign ad created by Republican political consulting firm BrabenderCox.

The ad carries the disclaimer that it was “not authorized by any candidate or candidate committee,” but the White House has maintained that @realDonaldTrump account tweets are official White House statements.

While the President and the Vice President are personally exempt from the Hatch Act, the account is often managed by White House communications staff, including social media director Dan Scavino.