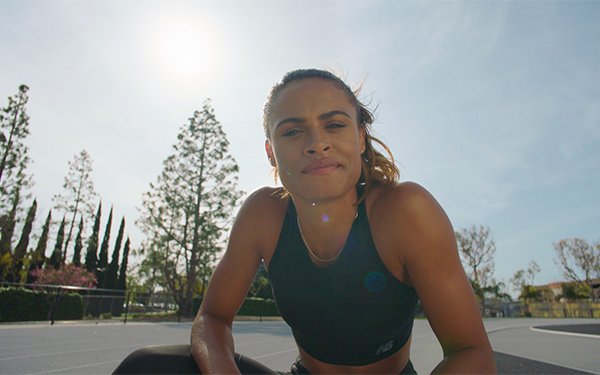 New Balance and LA-based creative and production shop The Rec League are introducing the shoe brand's new marketing strategy, both from a creative standpoint and in the way its athletes are showcased, in a new global campaign.

"Instead of using speed metaphors, camera tricks and manifestos to highlight speed earnestly, New Balance is essentially saying to cut all that fat. It's telling you how you can be fast and just focus on going out and running," explains Jack Jensen, head of creative, The Rec League.

"Ultimately, this campaign aims to reinforce the idea that however fancy you dress up speed, success and glory, at the end of the day, only you or Sydney McLaughlin or Trayvon Bromell have the power to lace up your kicks and actually be fast," says Jensen.

In addition to the anthem film, the campaign will include individual athlete films, OOH, in-store and social content to run through the summer.

The effort will appear in North America, Europe, Asia, APAC and Latin America.