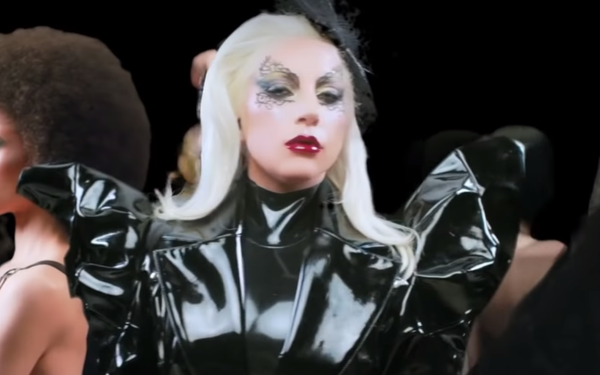 Amazon’s marketing muscle is in full swing for its Prime Day sales event next week, fueled by star power from the likes of actress Kristin Bell and young performer JoJo Siwa.

In addition to ads promoting its celebrity deals, Amazon is likely to get a boost from Lady Gaga, who has taken the wraps off her new beauty line, Haus Laboratories, which will be available exclusively on Amazon. The collection, using “Our house. Your rules” as a tagline, is available for pre-order.

But buzz is also building around a small group of workers in Shakopee, Minnesota planning a strike, hoping to refocus some of that Prime Day spotlight on what they say are abusive labor practices.

Observers say it is unlikely the work stoppage, scheduled for just six hours on July 15, will have much impact on Prime Day, the 48-hour day event (July 15  and 16) expected to shatter last year’s record, a reported $4.19 billion in sales. “The strike will have no impact that is discernible to shoppers or to investors,” Sucharita Kodali, vice president and principal -commerce analyst at Forrester, tells Marketing Daily. “They are giving Amazon plenty of notice to redirect orders.”

And besides, Amazon is constantly criticized for its labor policies and environmental impact, with little effect.  “Political criticisms of Amazon will fall on stony ground,” says Neil Saunders, managing director of GlobalData Retail. “Walmart has faced similar criticisms for years, [which haven't] damaged its popularity. As long as Amazon continues to deliver for the consumer, it will be fine.”

Still, he predicts Prime Day sales may not be quite the blockbuster they’ve been in the past. “Prime Day will probably be slightly better than last year,” he tells Marketing Daily. “However, it will be more difficult to match the growth now that the occasion is spread out over more days.

“Moreover, while the consumer is not in a bad place right now, the consumer economy is not as robust as last year, which may inhibit spending. There is also more competition from rivals running their own offers this time around.”

In addition to growing competition for Amazon, consumers -- ever more confident in their ability to find online bargains no matter what day it is -- may be growing jaded with promotional events, including Prime Day and Cyber Monday. Forrester’s research on last year’s Prime Day, for example, found that 19% of all online shoppers bought something, while 24% of shoppers looked at the deals but didn’t buy anything.

Members of the Amazon Employees for Climate Justice, another dissident employee group, tell Marketing Daily that while they won’t be striking, “we proudly stand in solidarity” with coworkers in Shakopee, “because whether you work behind a computer in Seattle or in a warehouse in Minnesota, the only way we can create meaningful change is by standing together.”

Amazon sent us a statement defending its record. “The fact is Amazon offers already what this outside organization is asking for. We provide great employment opportunities with excellent pay–ranging from $16.25-$20.80 an hour, and comprehensive benefits including health care, up to 20 weeks parental leave, paid education, promotional opportunities and more."

“We encourage anyone to compare our pay, benefits, and workplace to other retailers and major employers in the Shakopee community and across the country -- and we invite anyone to see for themselves by taking a tour of the facility.”