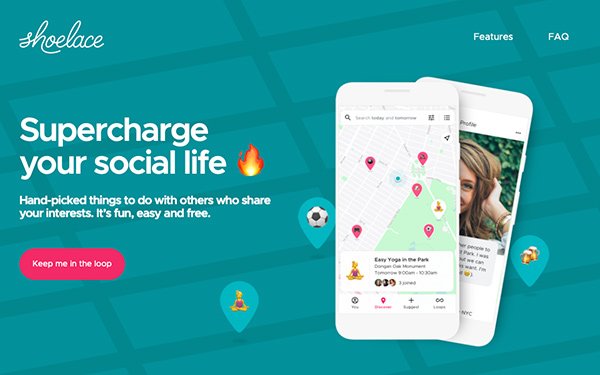 Google is taking another shot at social media.

Without much fanfare, the search giant just launched Shoelace — an app designed to help people with similar interests meet up in the real world.

“Meeting new people is more fun when you have more in common,” according to the app’s dedicated website. “So we make it easy to connect with others who have the same interests.”

Now available in New York City, Google has plans to eventually offer Shoelace in cities around the country.

A product of Google’s innovative Area 120 “workshop,” Shoelace is essentially what users make of it. In other words, the app’s offerings will only be as rich and varied as the activities -- or “Loops” -- in which its community expresses an interest.

The app will try to organize activities based on users’ geographical locations and interests, then make appropriate suggestions.

“Each day, we find the best things happening around you — from pick-up soccer to free comedy shows — so you don’t have to,” the app promises.

Shoelace is positioning itself as the perfect service for people who have recently moved to new areas and are looking to make connections.

As usership grows (or doesn’t), Google says it plans to continue making adjustments to the app.

Aware that the app could raise privacy concerns among some users, Google has added several security features to Shoelace. For example, Shoelace’s moderators will try to ensure that content added to the app aligns with its “House Rules” and community standards.

As for the name, Google says: “The whole premise of Shoelace is to tie people together based on their interests … like two laces on a shoe.”

Yet, Google has not had much success with social networks.