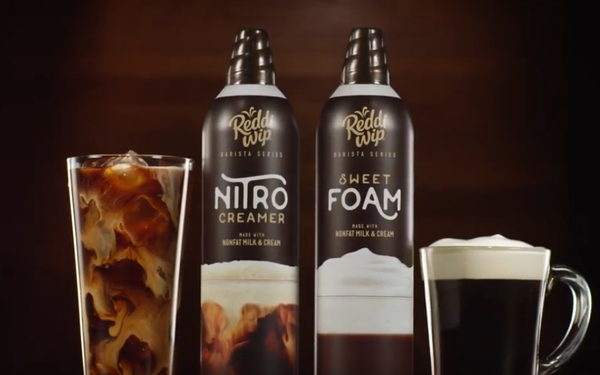 Conagra Brands has a raft of new product offerings on tap as it juggles brands as diverse as Slim Jim meat snacks and its growing lineup of plant-based meat alternatives under the Gardein brand.

Reddi-wip is moving into the coffee creamer category with the dairy-based Barista Series. There’s Nitro Creamer, which contains nonfat milk, sugar and cream and can be used in place of a traditional creamer to infuse texture and flavor into coffee. Sweet Foam, made of the same ingredients, adds a layer of foam at the top of the cup.

The bad news for Conagra focused on softness in the Hunt’s, Chef Boyardee and Marie Callender's brands, along with the recall of some 2 million pounds of P.F. Chang’s Chicken Pad Thai and Chicken Fried Rice. On the positive side, the company is optimistic about Gardein, which it took ownership of when it acquired Pinnacle Foods, a deal that boosted net sales by 33%.

Conagra enters its 2020 fiscal year with dozens of new product launches. Its $2 billion snack portfolio will grow with the addition of three varieties of trail mixes to Angie’s BOOMCHICKAPOP. They will contain the brand’s namesake popcorn along with ingredients like nuts, dried fruits or pretzels.

Also in the frozen food section, Birds Eye Veggie Made Tray Bakes provide what Conagra calls “comfort food for families but with the goodness of vegetables" -- that is, pasta made from vegetables. Four new options include Chicken Alfredo Pasta and Three Cheese Ziti.

“We see continued growth ahead for frozen meals, and are taking advantage of this opportunity by offering consumers the flavors, modern health attributes and convenience they demand," Darren Serrao, executive vice president and Co-Chief Operating Officer of Conagra said in a news release.

Marie Callender’s is upping the ante on traditional pot pies with Pub Pies while introducing Shepherd’s & Cornbread Pies, which are pot pies without the crust.