Focus On Community Could Be Game-Changer For GameStop 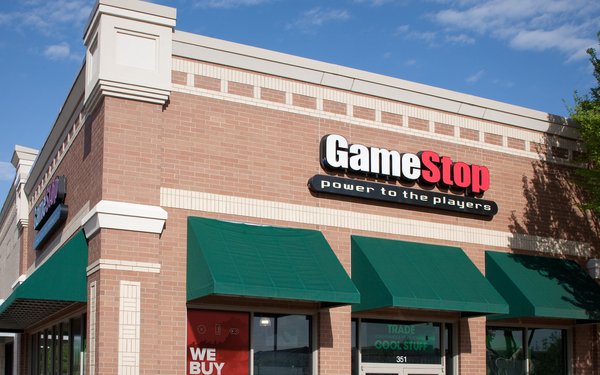 GameStop, with 5,700 stores worldwide selling computer games, systems, consoles and accessories, will work with advertising, design and marketing firm R/GA to rethink those stores as the gaming landscape changes rapidly.

The new store concepts should be showing up in a few places by the end of this year and more noticeably in 2020.

As players increasingly use digital downloads to access new games, GameStop needs to find a way to fill the needs of of those customers and also its more traditional base.

So new store iterations seem destined to define GameStop as a place where players, famously depicted as isolated in their homes, come together in person, possibly hanging out the way others do at Starbucks.

“Digital downloads have been here and will continue to grow, absolutely,” says Zach Shor, GameStop’s managing director of entertainment, in an interview with Marketing Daily.

“GameStop is still an important part of the gamer ecosystem,” Shor says, “and if we can provide them a local hangout for esports clinics, tournaments, casual play and maybe a few things that they can’t do at home. we are in a position to provide them with an . . .  experience that will keep them coming to our stores.”

R/GA, a part of the Interpublic Group. has some deep experience creating in-store magic, including 16 years with Nike stores.

It began working with GameStop late last year to identify the gaming store of the future. From qualitative and quantitative research, R/GA determined four motivations players have for engaging in the pastime: immersion, achievement, creativity and community.

Now the hard part: How  to satisfy some of those needs in a store and still make money? “Community means a lot of different things,” points out Candice Hahn, R/GA managing director in Austin. “It could be gaming tips, even training. Esports is now a big thing. Trying to teach how to do that could be a feature in stores.”

There’s no time to waste. GameStop has been slumping for a while, and most recently, sales fell to $1.5 billion in the first quarter this year, compared to $1.8 billion in the same quarter a year ago. Net income took a hit, too.

The evolution of digital downloads is hurting the purchase of games, but so is GameStop’s necessary reliance on Sony PlayStation and Microsoft XBox One consoles. Both gaming giants are expected to freshen up their devices soon, and consumers may be waiting to see what happens before making any buying decisions.

Hahn says Sony and Microsoft  are both “very, very self-aware in terms of the dynamics of what’s happening in the industry. They’re being brave in recognizing that  they have to make changes. A number of organizations haven’t been.”

GameStop created its own stores and then acquired others over the years. The result, Hahn says, is that some stores may be better for some kinds of experiences and retail emphasis than others. She says GameStop may test the idea of making some outlets serve very specific kinds of customers, and others serving a broader clientele.

Shor seems to be on the same page. The idea of a GameStop store is evolving, he admits. “Right now they’re stores, but could they be called venues in the future. And as for what we call them, as their utility to the gamer evolves, the name may evolve as well. . .  It depends on how successful we are in creating a cultural community for our guests.”