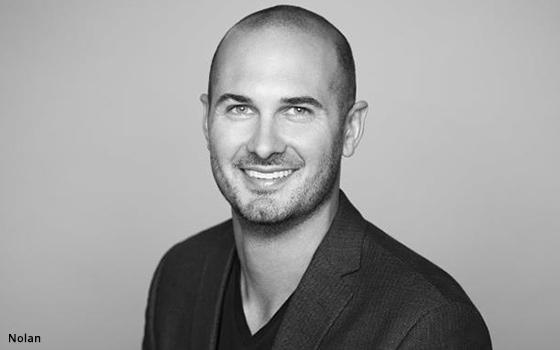 As Publicis Groupe continues to overhaul its entire U.S. leadership structure, Britt Nolan, Leo Burnett U.S. Chief Creative Officer and co-president of Chicago, is departing the company, according to an internal memo.

"We are very sad to see him go, but respect his decision to leave for another agency yet to be announced," writes Andrew Swinand, CEO of Leo Burnett North America, who was elevated to lead the newly introduced Publicis Communications Center last week.

By all accounts, Nolan's departure is amicable.

The Groupe will "toast" him next Thursday. "Britt's been a great friend and partner to me and so many of you," wrote Swinand. "He has truly given his all to this agency, our people and our clients. He will certainly be missed, but leaves an important legacy of seven-plus years of work, a commitment to constant improvement and no-B.S. humanity."

Nolan has been managing the agency's Chicago office alongside Chief Strategy Officer Emma Montgomery since January, when he was promoted to oversee product leadership. That includes vision, culture and product standards. Creative and production functions also reported to Nolan.

He first joined Leo Burnett Chicago in 2009 and was then elevated to CCO in 2016. Some of his best-known work includes "VanGogh BnB" for the Art Institute of Chicago; Allstate "Mayhem;" "Ostrich" for Samsung; and "Legal-Ade" for Country Time Lemonade.

As the agency looks for a successor, Liz Taylor will step in and partner with Armstrong in the interim.

"Britt has built an impressive bench of senior creative, production and design talent that we know can deliver at the highest level," Swinand wrote.