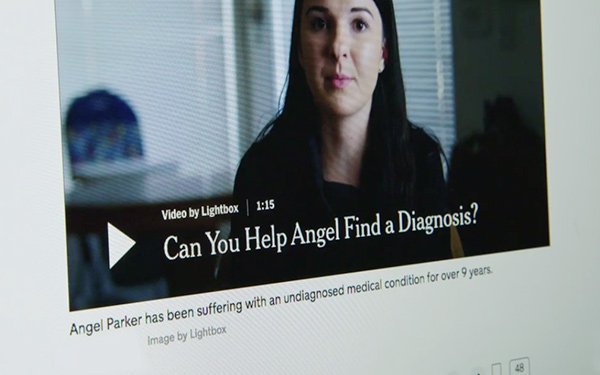 On August 16, The New York Times will debut a new documentary series called “Diagnosis” on Netflix. The trailer was released today.

The show, which features seven episodes, is based on Dr. Lisa Sanders long-running column for The New York Times Magazine about medical mysteries. Sanders is an associate professor at the Yale University School of Medicine and has penned the column since 2002.

With “Diagnosis,” Sanders wanted to bring readers into the fold. She introduced a series of patients with illnesses not easily diagnosed by medical professionals, including a Gulf War veteran suffering from seizures and memory loss and a woman experiencing chronic pain in her muscles.

The symptoms of each patient were explained, as were key elements of their medical records and a short video. Readers were asked to respond to the information and share what they believed might be causing the illness.

Hundreds to thousands of readers shared their thoughts following each case. That feedback was shared with both the patients and their doctors and was used to help search for a diagnosis.

“Diagnosis” is the latest in a recent push by The New York Times to expand further into television.

“The Weekly,” spawned from the newspaper's intensely popular podcast “The Daily,” is six episodes deep at FX and Hulu, with its next episode slated to air this weekend.

This fall, The Times will debut the scripted Amazon drama “Modern Love,” based on its beloved essay column. Eight columns from the archives inspired the series 30-minute episodes, with guest stars including Anne Hathaway, Catherine Keener, Dev Patel and Tina Fey.