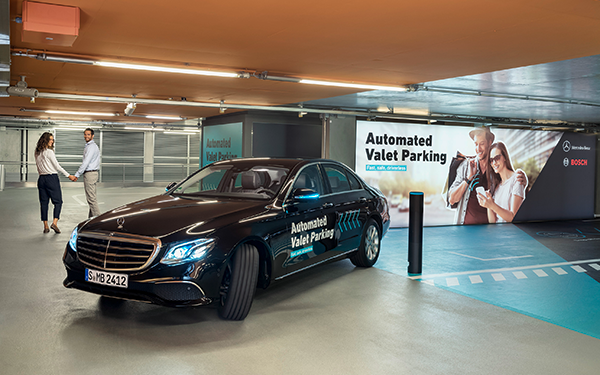 Driverless cars may not be hitting public roads in a big way anytime soon, but they are moving ahead, at least for parking.

Daimler and Bosch have been given the go-ahead to open the world’s first fully automated valet parking system at the Mercedes-Benz Museum parking garage in Stuttgart, Germany.

Daimler is providing the vehicle technology and Bosch is providing the infrastructure. The special permit was issued by Stuttgart regional administrative authorities along with the state transportation ministry.

The automated parking system parks, gets and returns a vehicle completely independently.

Bosch and Daimler have been working on the system since 2015, although until now have had a backup driver in the car in case something went wrong. The new approval means the cars can park with no one in them.

A driver with an equipped Mercedes would enter the garage, get out of the car and use a smartphone app to send the car along to a parking space. The car will be called for and returned in the same way.

Bosch sensors in the parking garage monitor the corridor while the technology in the car converts the commands from the infrastructure into driving maneuvers, according to the announcement. The cars drive themselves up and down ramps and stop if detecting an obstacle.

No word on the charge for parking, but no tips are expected.