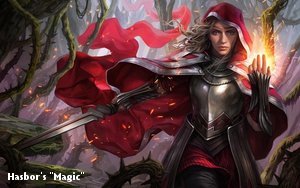 Thanks to the clamoring fans of “Magic: The Gathering” game, Hasbro is putting the bad news of the toy business behind it, announcing a 9% sales jump for the second quarter.

Revenues rose to $984.5 million, up from $904.5 in the same period a year ago, beating Wall Street forecasts. Excluding the negative impact of currency exchange, sales climbed 11%. And while net income tumbled to $13.4 million from $60.3 million, due to a settlement of a pension-plan liability, operating profit zoomed 47% to $128 million, up from $88 million.

The Pawtucket, Rhode Island-based company says it ratcheted ad spending for the quarter up to $93 million, a 6% increase from the same period a year ago.

In addition to the growing popularity of "Magic," it says it also saw increases in its Monopoly and Play-Doh franchises. And it continues to gain from its Marvel properties.

The company also believes it is well-positioned for the coming holiday season. Upcoming brand initiatives include The Walt Disney Animation Studios' “Frozen 2” and Lucas Films' “Star Wars: The Rise of Skywalker,” launching in the fourth quarter. Major introductions are also scheduled for "Magic," Dungeons & Dragons and Nerf products.

Its weak spot was in Hasbro Gaming, where revenue declined 8% to $123.4 million. Dungeons & Dragons, Yahtzee and Connect 4 gained, while sales of Pie Face and "Duel Masters" fell.

But the company says that decline masks overall gaming gains, because some games, including Magic, are tallied in its franchise segment. Taken together, all gaming revenue totaled $393.4 up an impressive 26%.

Industry observers are keeping a close eye on Hasbro, Mattel and other toy brands. The looming holiday period is important, of course. But it’s still unclear how they will navigate a post-Toys R Us landscape. That impact continued to overshadow results through last year.

In a conference call webcast for investors, Hasbro execs
stressed its heightened awareness of retailers’ inventory concerns, as well as its continued investments in gaming properties.