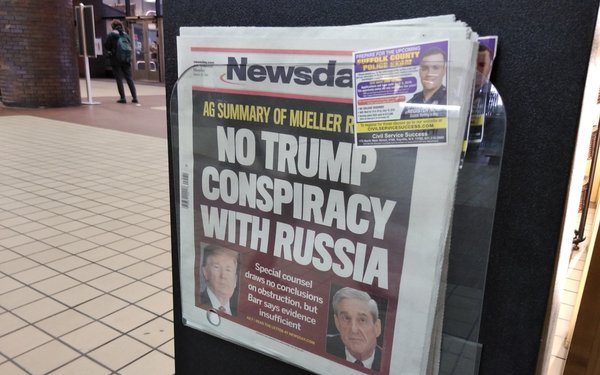 Yesterday, staff was called into an auditorium and told about the buyouts in an address by publisher Debby Krenek and editor in chief Debbie Henley, a source told the NYP.

Employees have until August 8 to apply for the buyouts, with the option of withdrawing for one day until August 9.

The number of buyouts hoped for by the publisher was not available, nor the number of staff being offered the option. The plan offers three weeks pay for each year worked until 65 weeks of pay.

Staff can take their settlement as a lump sum or remain on payroll through the end of the year, taking the rest of their buyout at that point.

A Newsday spokesperson told the NYP: “Newsday is transforming from a traditional newspaper into a leading-edge multimedia and multiplatform content generation machine, with expanded video, exciting live events and experiences for subscribers.”

To that end, Newsday staff is preparing to move into new, smaller headquarters in a business park. The new location houses a “state-of-the-art TV studio and theater equipped for live broadcasts.”

Currently, the paper is located at a former sod farm, where it’s been located for four decades. The headquarters also house the printing presses once used by Newsday before it outsourced that work to The New York Times plant in Queens last year.

Following consolidation, the paper laid off its pressmen and truck drivers.

More shakeups are expected, per a spokesperson: “As we evolve, our staffing needs will continue to change. We will be needing more people in some areas and fewer in others. Rapidly changing technology plays a part in this. Right now, we are actively recruiting applicants to fill over 30 positions, including new positions for video journalists and producers.”

Last year, Patrick Dolan acquired the remaining shares of Newsday from Altice, becoming the sole owner of the paper.