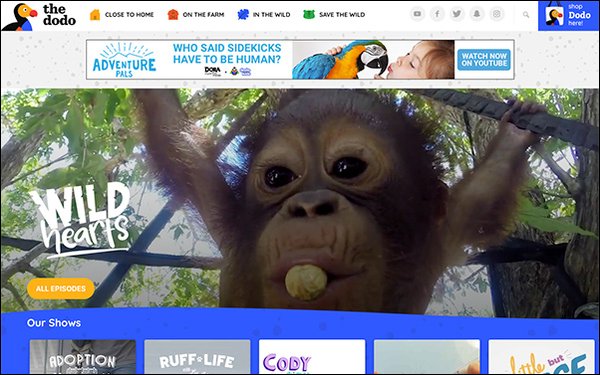 A new show from Group Nine’s animal-focused brand The Dodo will be the first unscripted series on Netflix Kids.

This is the second TV show coming out of Group Nine; the first was “Dodo Heroes” on Animal Planet. The first season of the show premiered in 2018. Season two just wrapped this month.

It follows the life of the 11-year-old Izzy Bee as she rescues and re-wilds koalas with the help of her parents on Magnetic Island, off the coast of Australia. The series will premiere on Netflix in 2020.

This series comes on the heels of the launch of The Dodo’s children’s vertical, Dodo Kids, which debuted on YouTube earlier this month.