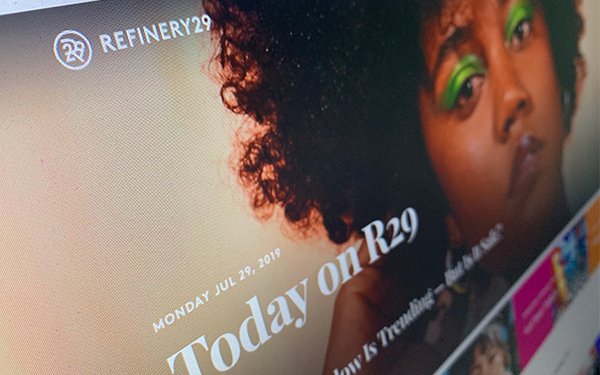 A source told the WSJ an offer may not be made, however, should the outlets merge, it would join two of the largest venture-backed companies in the country.

Vice Media has struggled financially over the past few years, while seeing a decline in traffic to its sites. It laid off 10% of its workforce in February.

CEO Nancy Dubuc joined Vice Media in 2018 in an effort to return to profitability.

She stated in a memo to staff at the time: "Having finalized the 2019 budget, our focus shifts to executing our goals and hitting our marks. We will make Vice the best manifestation of itself and cement its place long into the future."

Refinery29, too, has struggled to meet investor expectations. As a result, it laid off 10% of its staff and unified its sales team in 2018, but managed to grow revenue through diversification of revenue streams over the last year.

In a difficult digital ad market, Refinery29 has expanded it revenue options. It has created various video content, such as travel show “60 Second Cities” and beauty-treatment review show “Beauty with Mi.” The company also licenses its brand to beauty and entertainment companies.

Vice Media continues to look for ways to increase revenue. Under Dubuc’s leadership, the company is expected to expand its studio business.

Earlier this year, Vice Media reshuffled, folding brands like Noisy, Broadly and Tonic into its flagship site. At the time, a rebranded version of the flagship site was also in the works and launched May 2.

In May, Vice Media took on $250 million of debt  from a group of investors that includes Soros Fund Management LLC, 23 Capital, Monroe Capital and Fortress Investment Group LLC. The newly raised funds were intended to push the company toward a sustainable future.

Vice Media reports it reaches more than 300 million people globally each month, with half of its audience based outside the U.S. and nearly half of its revenue stemming from international businesses.