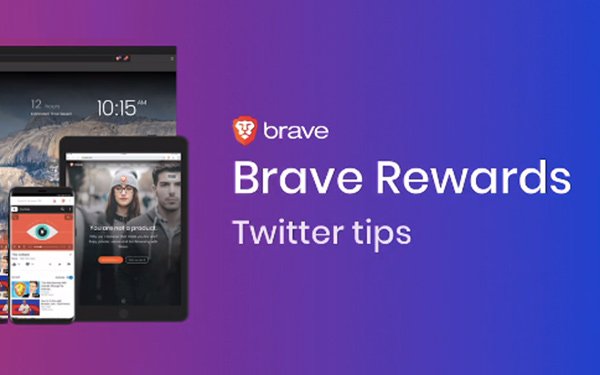 Privacy-oriented Brave Software is expanding its Brave Awards program to include tipping on Twitter. Through this new program, Brave users can tip individual content creators on Twitter with Basic Attention Tokens (BAT).

Brave’s focus has been to find a better way for users to reward content creators, like publishers, for the work that resonates most with them.

Tipping works through the Brave desktop browser. When a user visits Twitter, they will see a “tip” button appear between each tweet. By clicking the button, the user sends a BAT to the publisher of the tweet.

Users can also let the tweet’s creator know they’ve tipped them by sharing a tweet, in addition to sharing information about how to sign up to collect the tip.

A creator must then be verified by Brave to receive their tip. Brave’s Creator program will look into the new user within 90 days and if they’re verifiable, the tip will be sent.

Users earn BAT by watching privacy-preserving Brave Ads or they can purchase the tokens and add them to the Brave Rewards wallet.

In April, Brave released its latest desktop browser with allowed users to opt into Brave Rewards. Under the new program, Brave will allocate 100,000 BAT grants, the equivalent of $1 per BAT, to desktop users who live in regions not currently served by Brave Ads.

Users can get their grant by clicking on the accept button in Brave Rewards.