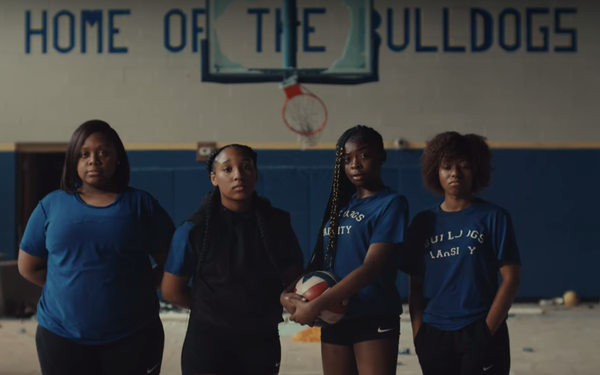 The beginning of the school year also signals the start of the season for many young athletes, and two powerful new campaigns aim to protect those kids from different enemies.

Dick’s wants people to be aware of massive budget cuts, and ESPN is pointing a painful finger at parents.

Dick’s, through its Dick’s Sporting Goods Foundation’s Sports Matter, is aiming to break your heart as real kids from real communities around the country read “To whom it may concern” letters cutting off funds for their athletic programs.

The campaign’s goal is to give 1 million kids the chance to play sports by 2024.

The spots, from Anomaly, were filmed in Birmingham, Alabama, and many of the kids come from nearby Fairfield High School. That school is getting a $25,000 grant from the foundation.

While budget cuts threaten athletes everywhere, many kids face a bigger adversary at home: Parents who push too hard.

The National Youth Sport Survey, commissioned by Aspen through its Project Play initiative, finds that while parents say they want sports to be fun for kids, they also want it to make them healthier, develop social and physical skills and help with peer relationships. But many are also looking for an external payoff, such as an edge in college admissions, scholarships, and even the opportunity to go pro.

The ad, from Arnold Worldwide, speaks to problems like overtraining for injuries, burnout, discouragement and demoralization. The grim press-conference setting puts the blame squarely on the adults who should be making sure sports really are fun and games for their kids.