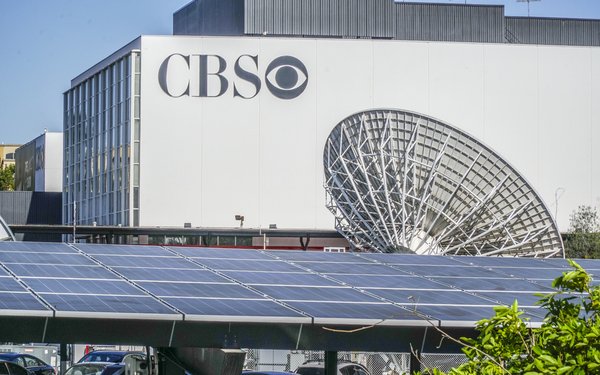 With the promise of a CBS-Viacom merger arriving at any moment, CBS over-delivered on stock market analysts' revenue estimates for the second quarter of this year -- growing 10% to $3.81 billion, as well as posting 7% higher advertising revenue.

CBS executives declined on Thursday to discuss any possible merger and acquisition deals.

Many reports suggested a deal with Viacom is close to being done.

During its earnings announcement on Thursday, CBS showed the bulk of its overall revenue hike came from content/distribution revenue (12% higher to $1.2 billion) and affiliate/subscriptions fees (13% more to $1.1 billion).

The strong scatter market -- with pricing well above the upfront of a year ago -- helped push up CBS' underlying core ad business to that 3%, according to Jo Ann Ross, Chief Advertising Revenue Officer of CBS Corp. This improved from the 1% core advertising gain in the first quarter.

The market was the strongest the network has seen in many years, said Ross. Many TV networks posted strong 12% to 15% gains in the cost per thousand viewers, as well as 2% to 5% gains in overall upfront advertising dollar volume.

Speaking to analysts after the earnings call, Ross said: “We knew what was coming because we saw the strength in scatter.... We saw a lot of pressure to move quickly.”  This especially came from “digital natives” -- longtime digital marketers now shifting spending to more traditional linear TV.

One analyst asked about the much-talked about addressable advertising market -- the ability to show different commercials to different TV homes. Though Ross said it is still a slow mover, she hinted CBS is working on a new initiative.

“We're looking at something maybe toward the back half of 2020 or earlier in 2020.” She cautioned to achieve scale for addressable advertising: “The MVPDs and the OEMs have to get their act together.”

Ross says CPM increases for its upfront digital media deals were “in line with the CPM increases in prime in linear TV. “Our success with digital was driven by all the [CBS] OTT brands that people want to buy in complement to the CBS [network] brand.”

In other second-quarter results, at its TV stations CBS grew revenues by 1% to $423 million, with good advertising results from the broadcast of the NCAA Men’s College Basketball Tournament’s semifinals and championship games. TV stations also benefited by the growth in retransmission revenues.

Cable networks had a 2% revenue increase to $562 million, resulting from growth from the Showtime digital streaming platform and from its advertising-supported cable network Pop. CBS acquired additional equity in Pop in March, bringing its ownership to 100%.

Publishing revenues were up 5% to $218 million, driven by higher print book and digital audio sales.