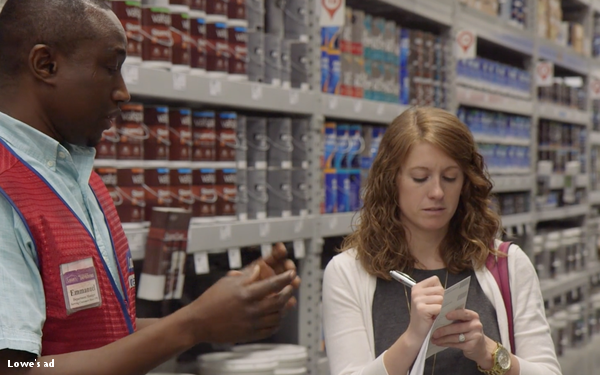 America seems to be happily strapping on its tool belt these days, with Lowe’s and The Home Depot posting financial results that reflect plenty of DIY enthusiasm.

Lowe’s reported sales and profits that beat expectations, a sign that its long-promised turnaround is finally starting to take hold. The country’s second-largest home retailer says comparable-store sales rose 3.2% in the U.S., with total sales for the second quarter climbing 0.5% to $21 billion, from $20.9 billion in the second quarter of last year.

Net earnings for the Mooresville, North Carolina-based chain increased to $1.7 billion, compared to $1.5 billion in the comparable period last year.

Company executives attributed the gains to stronger spring demand and say that despite weather challenges, Lowe’s achieved positive comparable sales in all 15 geographic regions of the U.S.

Industry observers say these gains are evidence that the company is getting its groove back. “The results continue to indicate that the recovery program instituted by CEO Marvin Ellison is gaining traction,” writes Neil Saunders, managing director of GlobalData Retail, in his comment on the results.

“Under Ellison, retail basics such as in-stocks, merchandising and customer service are all being improved. This is making the shopping experience easier for both the professional and occasional home improver and is helping to deliver higher conversion and average ticket across both stores and online. We believe that this uplift should continue across the remainder of the year as Lowe’s makes further investments in its proposition.”

Seth Basham, an analyst who follows the company for Wedbush Securities, is also encouraged. “The results indicate that Lowe’s was able to overcome unfavorable weather and lumber deflation by executing better on its retail fundamentals framework,” he writes.

Separately, Lowe’s announced that it will carry more than 10,000 licensed NFL-branded merchandise items and that it’s kicking off a video “homegating” series, meant to inspire fans gearing up for the football season.

The Home Depot says its net earnings for the second quarter were flat at $3.5 billion, while sales rose 1.2% to $30.84 billion, up from $30.46 billion a year ago. Revenues came in slightly below expectations. And comparable store sales rose 3.1%.

Home Depot did, however, lower its sales forecast for the full year to 2.3%, down from the previously announced 3.3%, due to concerns about impacts from tariffs.

Basham, while noting the tariff concerns, is upbeat on The Home Depot’s prospects, and remains confident that with “little evidence of a further slowdown in underlying home improvement demand trends…core category growth remains solid, albeit at a modestly lower rate than in recent years.”