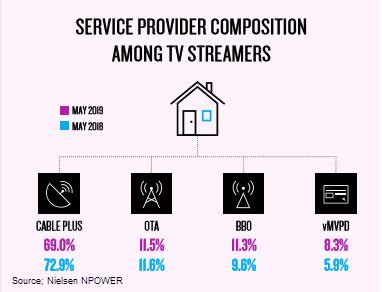 The myriad viewing options opened up by OTT devices and streaming promise to be a boon to advertisers, given the targeting potential enabled by deeper behavioral data and increasingly sophisticated methods for extracting insights from it.

But no one said the transition was going to be easy.

When it comes to local media buys, the complexity, along with the opportunities, have grown exponentially. And new services, devices and apps just keep coming.

All of this is underscored by the findings in Nielsen’s latest “Local Watch Report,” released this month.

As Nielsen Vice President, Local Insights Justin LaPorte points out, “As local markets continue to see growth in non-linear TV usage, deeper insights are needed to drive smarter business decisions. From Austin, where the largest percent of adults are reached, to Pittsburgh, where only 45% of adults stream, every entity that touches the local ad space in any market has to have clear insight into who’s watching what, and how… There’s no better time than now for businesses in the local TV space to dig in and decide how to leverage everything this new world has to offer.”

The highly detailed report — chock full of by-market demographic stats and other insights for advertisers and media owners — is well worth downloading and combing through. But in the meantime, here are some highlights to whet your appetite (after you finish that summer potboiler, of course) and keep on hand for Powerpoints and panel discussions.

* 70% of U.S. homes have a subscription video-on demand (SVOD) service.

* 134.2 million, or 56%, of U.S adults have streamed non-linear video to their TV sets through a smart TV or connected device. That’s up by nearly 40 million people compared with two years ago — and nearly the same number of adults living in a TV home in New York, Los Angeles, Chicago and Philadelphia combined, points out the report.

* The average U.S. adult now spends 11 days streaming each month — up from nine in 2017 — and they’re spending more minutes per viewing session. On a typical streaming day, the average household streams for 2 hours and 4 minutes — up from 1 hour and 52 minutes in 2017. Adults in Cleveland spend the most time streaming content each day: 2 hours and 29 minutes.

*Streamers are more likely than average to be in “alternative provider homes,” such as broadband only (BBO) and those with vMVPDs.

* Looking at TV-streamer households by service provider composition, 69% live in “traditional homes,” meaning households that also have cable or satellite. That’s down from 72.9% in 2018. Nearly 12% receive content via over-the-air (OTA) — virtually unchanged from last year. BBO and vMVPD households increased to 11.3% and 8.3%, respectively, up from 9.6% and 5.9% in 2018.

*Homes without traditional cable — especially BBO homes — are heavier users of streaming devices, and are finding ways to access video through SVOD services.

“To capture eyeballs in heavier-streaming OTA, BBO and vMVPD homes, a strong local strategy should include making content available through local apps or other streaming services,” advises Nielsen.

All of that said, streamers and non-streamers alike are still spending most of their viewing time on traditional TV — which means that including streamers in local TV ad budgets is critical, points out Nielsen.

Streamers “have a huge value proposition,” Nielsen stresses. They’re younger, and more likely to be college-educated and earn higher incomes, and many have children.

However, non-streamers (44% of U.S. adults) “are just as important, and fit a profile that is highly coveted by insurance providers, health care and financial institutions,” emphasizes the report.

*68% of Asian-Americans, 59% of Hispanics, 56% of whites, and 51% of blacks are streamers. Thirty-six percent of streamers as a whole, and 33% of non-streamers, are multicultural.

*The average ages of streamers and non-streamers are 50 and 62, respectively.

*Forty-four percent of streamers, versus 28% of non-streamers, have children.

*Forty-three percent of streamers, versus 31% of non-streamers, are college graduates.

Karlene Lukovitz is the editor of MediaPost's Digital News Daily and author of the weekly Video Insider blog, as well as Advanced TV Insider.