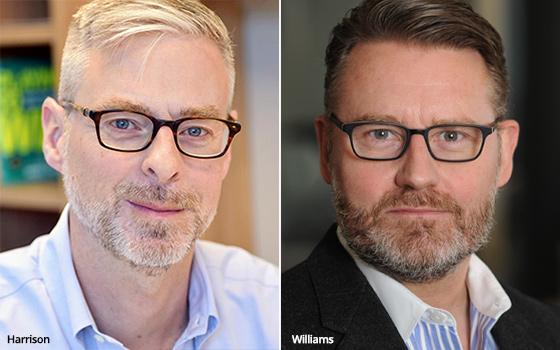 In his new role, Williams will manage the agency’s business operations and continued expansion in the Americas, EMEA, and APAC.

Earlier, Williams served as CEO of Maxus in North America, president of Omnicom’s PHD USA operations, and CEO of OMD Group in the UK.

Previously, Harrison was CEO of Team Arrow, a GroupM team created to serve Target that became part of Essence in 2017. He has also served as Worldwide CEO of the WPP marketing consultancy Gain Theory, Chief Information Officer at both Maxus and Universal McCann, and director, information management for Johnson & Johnson.

In their new roles, both Williams and Harrison, based in New York and Minneapolis, respectively, will report to Essence’s incoming Global CEO Kyoko Matsushita, based in San Francisco.