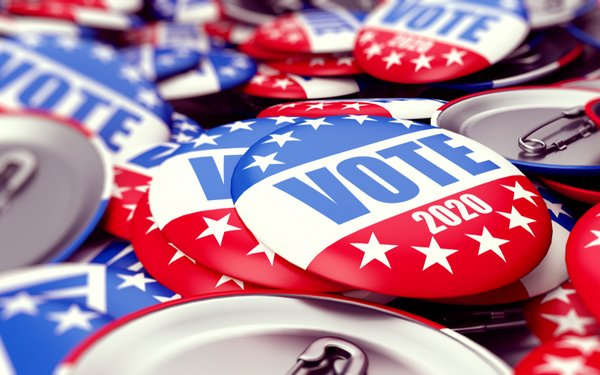 Gearing up for the 2020 presidential election, Facebook is rolling out stricter rules for political advertisers.

As part of the push, the tech titan plans to strengthen the authorization process for ad buyers, show users more information about individual advertisers, and update its list of domestic social issues to better reflect the public discourse.

Yet, Facebook found that some advertisers were adding misleading “Paid for by” disclaimers on their ads.

In response, the company will soon require that advertisers provide more information about their organization before approving their disclaimer.

As the next presidential election approaches, misleading “Paid for by” disclaimers are not the only threat facing Facebook and the integrity of its platform. In 2016, the social giant was overrun with a cornucopia of political misinformation. Whether the company can prevent such abuses in 2020 remains to be seen.

Along with such risks, Facebook has much to gain from heavily contested primaries, and what is sure to be a fiery general election.

Already, The Wall Street Journal is reporting that Facebook’s ad prices are inflating as Democratic candidates struggle to scrape up the 130,000 donors required to qualify for the next presidential debates.

Per Facebook’s new policy, political advertisers will soon have five options for providing the company will more information -- three of which demonstrate they are registered with the U.S. government.

If they choose one of the three government resource options, Facebook will let them use their registered organization name in disclaimers, and the “i” icon that appears in the upper right-hand corner of their ads will read “Confirmed Organization.”

In addition to providing their U.S. street address, phone number, business email and a business website matching the email, ad buyers will have to provide a tax-registered organization identification number, a government website domain that matches an email ending in .gov or .mil, or a Federal Election Commission (FEC) identification number.

So as not to exclude smaller advertisers, Facebook says it will let them submit an organization name by providing a verifiable phone number, business email, mail-deliverable address and a business website with a domain that matches the email.

Soon, if ads seek to address one of the 10 broadly defined categories -- ranging from civil and social rights to crime to education -- they will be subject to Facebook’s stricter authorization process.
advertising, facebook, politics
Next story loading