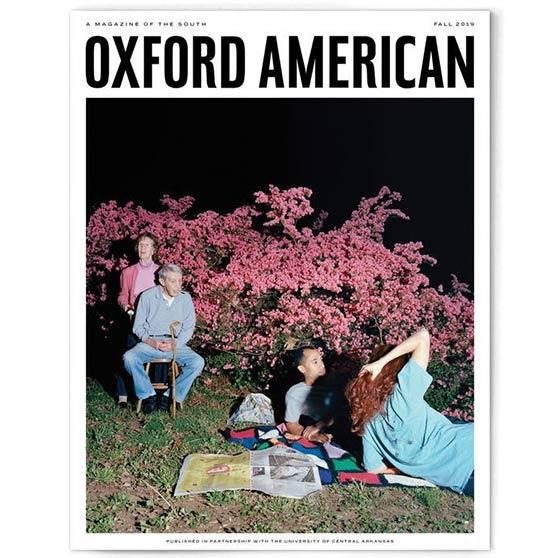 Quarterly literary magazine Oxford American has redesigned its print magazine with a new look and feel and a higher page count to feature more visuals.

The magazine, which focuses on writing from the South, has also made changes to the logo, which remained the same since Oxford American relocated from Mississippi to Arkansas in 2002.

The logo has a bold, even-lettered look across the cover, now devoid of most cover lines.

It’s the first redesign for Oxford American since 2013. The redesign was led by OA art directors Milton Carter and Mike Reddy.

“Our previous logo and look served us well over many years, but I thought it was time to evaluate how we could better serve our readers with design,” Oxford American editor Eliza Borné told Publishers Daily.

“We added pages to accommodate more artwork and white space,” she added, and removed clutter to focus “on the striking artwork readers love."

The magazine is now printed on higher-quality cover stock, with a textured feel for the cover.

The new issue is 64 pages longer than the previous issue, at 176 pages. With the additional pages and the updated cover stock, the magazine is about 50% thicker than its previous design.

It features more ad pages, too. But overall, the ad-edit ratio is lower than the previous issue, Borné said.

“This is a precarious time for print publications, many of which are shuttering or cutting back," Borné said. "The Oxford American aims to stand out."

Another goal behind the redesign, "is to retain and attract readers, especially subscribers. We want to give readers a magazine worth reading and supporting,” she added.

Changes will debut in the fall 2019 issue, released on September 3. Subscriber copies were mailed out August 20.

It also contains a profile by Kelundra Smith of “Lucy Negro Redux,” a ballet based on the poetry collection of Caroline Randall Williams, scored by Rhiannon Giddens and starring ballerina Kayla Rowser.

Next up, the publisher is launching a podcast on September 18. A redesign of its other digital properties is underway, Borné said.