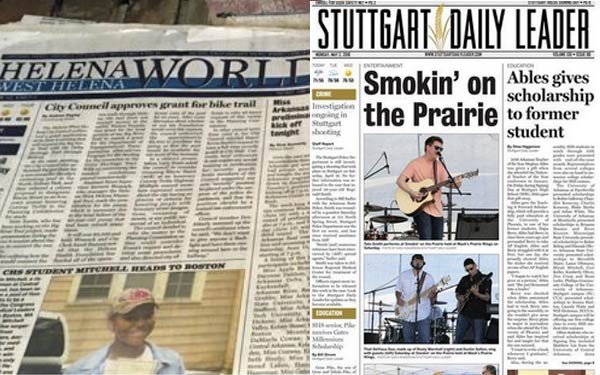 GateHouse Media is set to close two Arkansas publications, the Helena-West Helena World and the Stuttgart Daily Leader, on September 6, the websites for each outlet reported.

The company owns 11 Arkansas properties and closed six just a year ago.

According to Arkansas Business, the Arkansas Press Association didn’t have an estimate of job losses. However, former GateHouse employees estimated the job losses would number around a dozen or more.

"Our hope is still that closure is avoided," he stated.

Paid circulation for the titles were 625 for The Helena World and 671 at the Stuttgart Leader.

News of the closures follows the Associated Press’ confirmation that GateHouse Media has laid off over two dozen employees since announcing its planned $1.4 billion merger deal with Gannett.

Gatehouse publishes 150 dailies and 500 weeklies, while Gannett is home to 263 daily media organizations.