KFC's Next Colonel, 'Rudy,' Has A New Dream 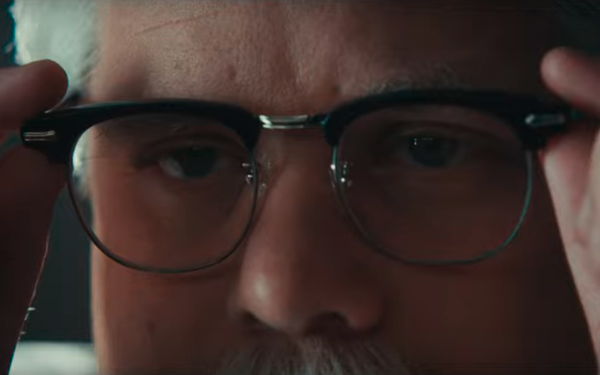 A few days ago, I got a teaser note from a PR person letting me know that today KFC would be announcing its latest “Colonel” -- that is, the latest celebrity selected to do a turn playing Colonel Sanders in TV ads.

The said PR person dropped a little hint: the new Colonel would be a “well-known actor who will reprise his role from a classic football movie.”

So I’m thinking wow, they got Al Pacino (“Any Given Sunday”) to play the Colonel. That could be fun.

And not Adam Sandler (“The Longest Yard” remake), although he no doubt would provide some yucks in the role.

And not Nick Nolte (“North Dallas Forty”), although he wouldn’t have to do much makeup at this point. Trim the beard a little, put on those thick glasses the Colonel wears, and he’d be good to go.

No, it turns out the new Colonel is none other than Sean Astin, of “Stranger Things” fame. He plays “Bob Newby” in season two. (Sadly, he doesn’t make it to season three.)

It turns out Astin played the title character in the college-football movie “Rudy” in 1993, about a plucky kid from the hinterlands of Indiana determined to play football for Notre Dame some day against all odds.

Now, two and a half decades later, Rudy has a new dream the KFC ads do have some fun with. Sample the work below.

“Colonel Rudy” will make his broadcast TV debut tonight, just in time to kick off the new season of “Thursday Night Football.”