President Sharpie Merchandises His Own 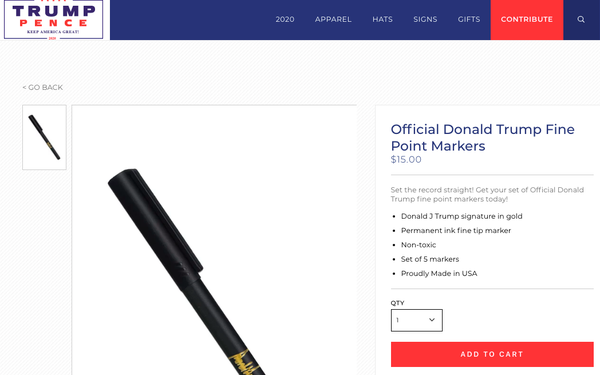 Imagine if at the height of his scandal Richard Nixon cashed in by selling bookings to the Watergate Hotel? Well, that’s exactly what the current resident of the White House is doing, in what likely is the most blatant example of crass Presidential campaign commercialization to date.

“Set the record straight! Get your set of Official Donald Trump fine point markers today,” reads the promotional copy on the Trump Pence campaign website, offering a set of five markers for $15, during the height of “Sharpie-gate.”

Give the campaign props for “leaning into” a controversy that most brands would otherwise seek to lean away from, but seeing as the President has double-, triple-, quadrupled-down on his assertion that National Weather Service data supported his contention that Hurricane Dorian was going to high Alabama “hard,” why not rub his critics' noses directly into the fact that he personally doctored a hurricane trajectory map with a Sharpie magic marker? And actually profit from it.

No word at presstime on how much the campaign raked in. Or for that matter, how much of a bump actual Sharpie marketer -- Atlanta-based Newell Brands -- has benefited from the bump? 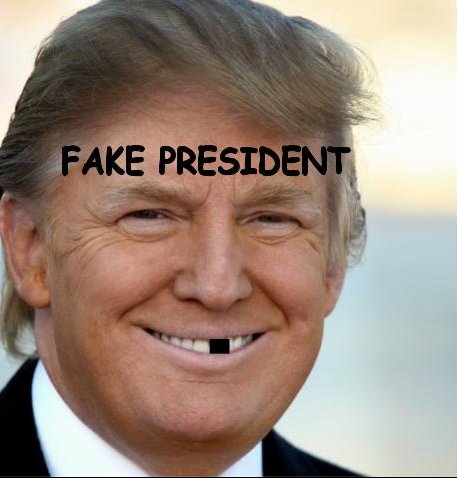 Buy the official Trump marker, which is different than every other marker on the market, because this one has the special ability to drive @CNN and the rest of the fake news crazy! #KeepMarkersGreathttps://t.co/eakgICM0LR