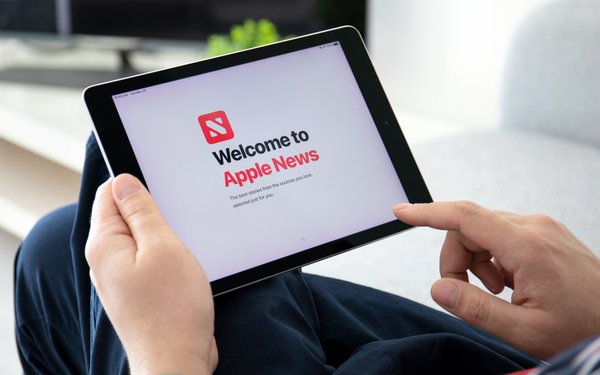 Parse.ly has added real-time analytics for Apple News on its platform, giving publishers the ability to see how their content is performing in the moment on the news aggregation app.

Parse.ly became one of the first services to provide publishers with daily audience insights from Apple News in 2017. Up until now, Parse.ly users could get daily, weekly and monthly summaries on how their content was performing on Apple News.

Now, clients that are part of Parse.ly’s Enterprise subscription tier can see how their content is performing in real-time on the app.

“Parse.ly Enterprise customers have greater visibility into what content Apple News users are reading in the moment. They can compare and contrast that data with other major content traffic sources,” Melissa Bierly, product manager at Parse.ly, told Publishers Daily.

“Our clients have been asking us for a real-time look at Apple News for a while,” she added. “They want to understand what’s happening, moment-to-moment, on this massive platform that provides them with a new audience. And they want to put that information in context, alongside every other major traffic source they track.”

“This is the first time we’ve ever had a unified real-time look at every single major traffic source to Slate,” Mark Morgioni, director of research and data at Slate, stated in a Parse.ly blog post.

“We look at what’s doing well elsewhere as a prompt when we’re thinking about what stories to promote,” Carey added.

The Slate team, for example, saw that a story about the Equifax settlement was generating a large audience in Apple News, but not on Slate.com. They bumped up the story’s placement on the Slate homepage and shared it on social, which boosted traffic to the article.

Parse.ly customers use Apple News mainly to attract new readers, as news aggregators can serve as a tool for content discovery. Those that participate in Apple News+ have the option to segment by Apple News+ subscribers to see what articles are resonating with subscribers and how much time they spend engaged with their content.

Parse.ly says it will soon provide access to Apple News raw event data, which can be used with publishers’ business intelligence tools and combined with other data sources.