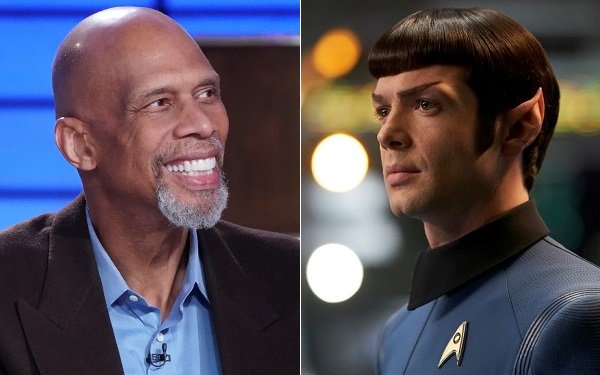 A famed and very highly respected American writer was working with a group of other writers in the writers’ room of a top TV show and he happened to use the N-word in the context of a personal story he was telling the group.

He did not call anyone a [insert N-word], nor utter it loudly or angrily. By all appearances, he was merely telling this story as part of the overall exchange of ideas and general brainstorming that one would expect to take place inside a creative, collaborative environment such as a TV show writers’ room.

Well, someone tattled to HR and the famed writer was cautioned by an HR staffer never to utter the word again. He was also told that it was OK to write the full word in his written work. But it was not OK to say the word out loud. Rather than be party to this kind of censorship, the writer quit.

The writer was the esteemed Walter Mosley, who is perhaps best known for his series of crime novels featuring a hard-boiled African-American detective named Easy Rawlins from the Watts section of Los Angeles. Mosley, 67, is himself African-American.

The dust-up came to light last week when The New York Times published a guest op-ed penned by Mosley in which he told of the incident and explained why he quit.

Mosley did not mention the name of the show in the op-ed, but The Hollywood Reporter revealed that it was “Star Trek: Discovery,” the current incarnation of “Star Trek” seen on CBS All Access (starring Ethan Peck as Mr. Spock, pictured above right).

“Earlier this year, I had just finished with the [FX series] ‘Snowfall’ writers’ room for the season when I took a similar job on a different show at a different network,” Mosley wrote. “I’d been in the new room for a few weeks when I got the call from human resources. A pleasant-sounding young man said, ‘Mr. Mosley, it has been reported that you used the N-word in the writers’ room’. I replied, ‘I am the N-word in the writers’ room’.”

Mosley then clarified what he said. “I hadn’t called anyone it,” he wrote. “I just told a story about a cop who explained to me, on the streets of Los Angeles, that he stopped all n---ers in paddy neighborhoods and all paddies in n---er neighborhoods, because they were usually up to no good. I was telling a true story as I remembered it.” “Paddy” and the plural “paddies” were once derogatory terms referring to Irish-Americans.

“There I was, a black man in America who shares with millions of others the history of racism. And more often than not, treated as subhuman,” Mosley wrote.

How this story of police racism applied to the creation of a script for “Star Trek: Discovery” remains unclear. It might also be irrelevant.

This week, THR published a guest column by Kareem Abdul-Jabbar, a THR contributor, in which he eloquently pointed out the many ways in which this story runs afoul of logic and reason. Kareem’s prose has the added benefit of making it largely unnecessary for the TV Blog to compose its own.

“The most important context in this situation was that a major literary talent who has written dozens of critically acclaimed bestselling novels was in a writers’ room telling a story to other writers that reflected social conflict, cultural insensitivity, injustice and an unreliable narrator (the cop) unaware of how his prejudice contributed to the problem,” wrote Jabbar in a column that was headlined “Who Decides Who’s Allowed to Say the N-Word?”

“What should have been a moment of insight instead reflects the very point that Mosley’s story expressed, except in this case HR is the unreliable narrator contributing to the problem,” Jabbar wrote.

“The proper context for HR to curtail speech is when that speech is used in a way that promotes hate toward or the devaluation of a person or group based on religion, gender, gender identity, ethnicity or national origin. Mosley’s comment did the opposite: it revealed the harsh reality of how that hatred works,” Kareem pointed out.

And the beat goes on. Just another day in TV Land.

Photo of Kareem Abdul-Jabbar courtesy of ABC, from an appearance he made on “To Tell the Truth” earlier this summer.