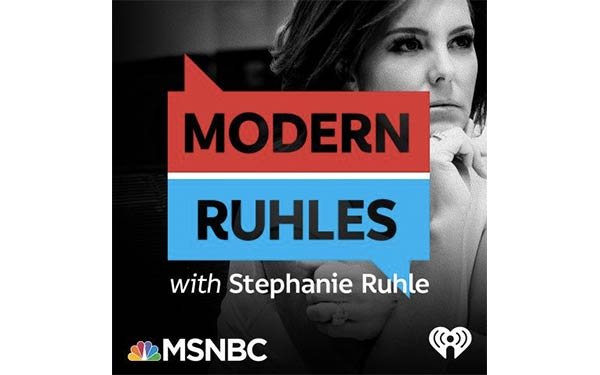 MSNBC anchor/NBC News correspondent Stephanie Ruhle is expanding her reach with a new podcast, “Modern Ruhles,” a production of MSNBC and iHeartRadio.

Ruhle stated her goal for the podcast is to “figure out how we can navigate this changing world, talk with those who disagree with us and learn something along the way.”

President of the iHeartPodcast Network, Conal Byrne, added that “having a podcast with commentary that focuses on these serious and nuanced topics is vital.”

MSNBC plans to launch several new podcasts throughout 2019, including one that will become a daily focused on the 2020 election.

In May, the cable network kicked off a 10-episode podcast called “The Oath” with former U.S. Attorney and FBI Chief of Staff Chuck Rosenberg that is ongoing. At the time, Steve Lickteig, executive producer of podcasts and audio for NBC News and MSNBC, told Variety: "We want to give ourselves room to pivot if something comes along that we didn’t think of.”